(Subscribe to the newsletter for updates on new posts plus exclusive art tips.)

Let’s take a closer look at Marie Joséphine Charlotte du Val d’Ognes by Marie Denise Villers. I first saw this painting at the European Masters exhibition. It was a popular painting in a room full of great art. 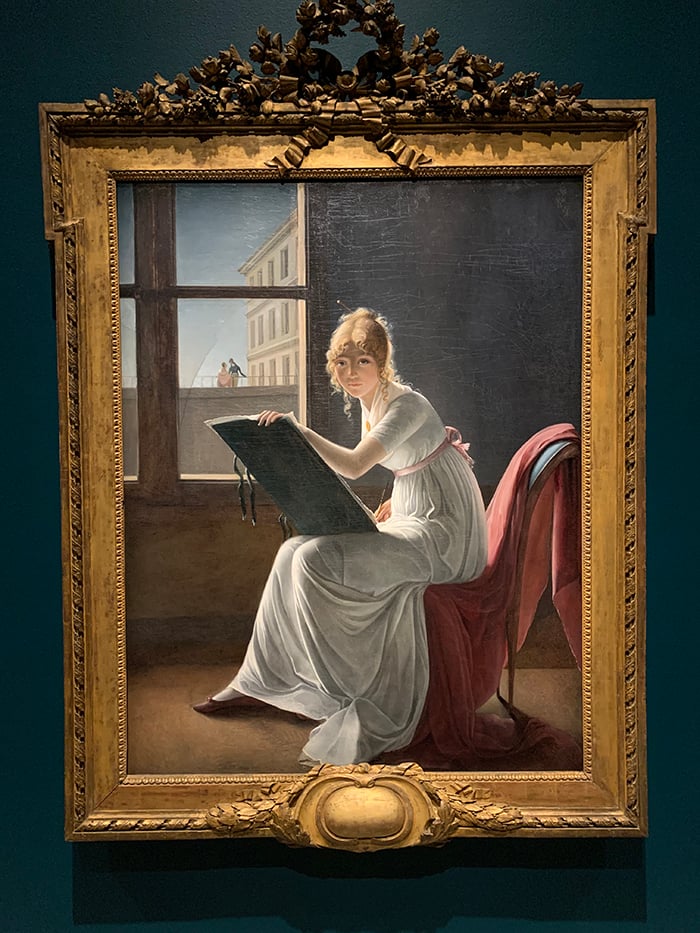 (Click here to see a high-resolution photo of the painting.)

There has been uncertainty surrounding who actually painted this work and who the sitter was. Today, it hangs in the Met Museum as Marie Joséphine Charlotte du Val d’Ognes and is attributed to Marie Denise Villers. But even this attribution is only probable at best. Here's a rough timeline regarding the painting's attribution. If you want more information, art historian Anne Higonnet has an excellent article on the painting that you can read here.

Since its creation, the painting has been critically claimed for the most part. This is despite the numerous changes and uncertainty surrounding the artist who painted it. Perhaps the mystery added to its allure. However, the critiques appeared slightly more favorable for the artist who was initially thought to have painted it, David, who was a prominent male artist. Of course, the sex of the artist should have no part in how we perceive an artist or their artwork. But back then it did, unfortunately.

Once the painting changed attribution to Charpentier, some critics began to notice minor flaws. For example, critic and historian, James Laver wrote in 1964, "Although the painting is extremely attractive as a period piece, there are certain weaknesses of which a painter of David's calibre would not have been guilty." The artwork didn't change, but some people's perception of it did.

The takeaway here is that an artwork is rarely considered in isolation. We judge it, whether aware or not, in relation to the artist and the circumstances surrounding it. Sometimes this is favorable to the artist, sometimes it's not. But whatever the case, we artists have little control over how the world perceives us and our art. Think of the early Impressionists like Claude Monet and Vincent van Gogh. They were dismissed then, yet revered today.

The painting appears simple on first glance, but there's a lot going on.

It depicts a young woman seated in a room with a drawing pad. She looks back at us as if we are the subject of her sketches. She is illuminated with sunlight coming in from a broken window. In the distance, a couple chat intimately on a balcony. Let's dive a bit deeper.

The room is actually part of the Louvre. At the time, the Louvre was one of the few places that women could freely learn and teach art together. This is why Higonnet believes the painting was done by another woman, not by a man (David) like initially thought.

The sitter is thought to be Charlotte du Val d'Ognes, who was an aspiring artist who had to give up her aspirations when she got married.

The building in the distance: Higonnet identified the building as a domestic residence across the Seine. She further suggests it might have been Charlotte du Val d’Ognes’ home at the time the portrait was painted.

The broken window is an interesting aspect. Perhaps that's just what Villers saw. Or perhaps it represents the separation between two, at the time conflicting, paths in life: the aspiring artist in the foreground and the domestic married life in the background.

"... two young women longing to make art found themselves in a brief period of opportunity, when instruction, exhibition and even fame were possible." (Source) 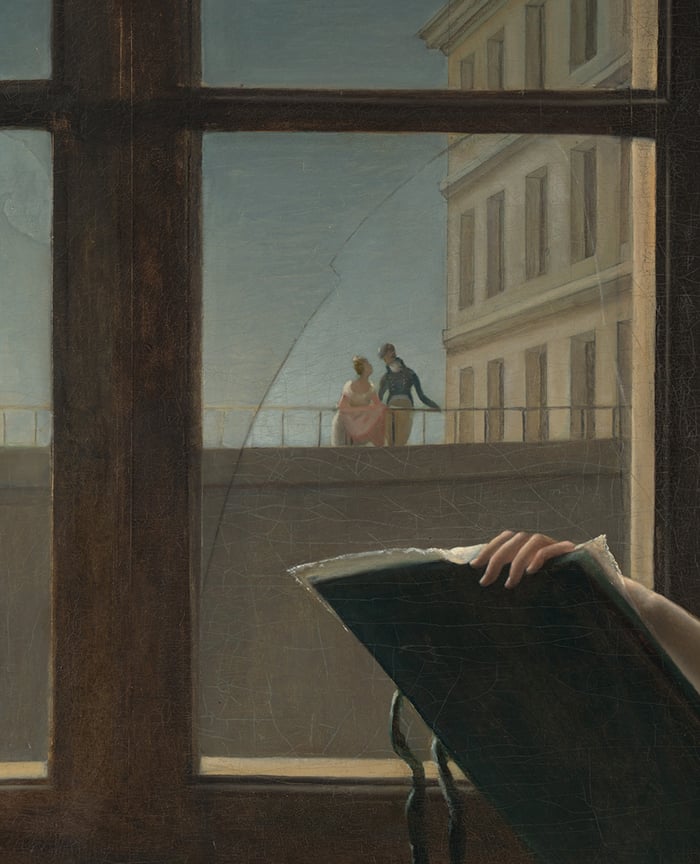 Let's move on to some of the technical features of the painting, starting with light and shadow (value).

Sunlight illuminates the room through the broken window and wraps around the subject and her drapery. The rest of the room is dark and there aren't any obvious signs of another light source. This creates a strong value contrast.

The room's dark wall plays a simple but important role of being a point of contrast in the painting. It allows the highlights of the subject to appear bright and crisp. Light colors for the wall would reduce the contrast and therefore diminish the impact of the highlights. 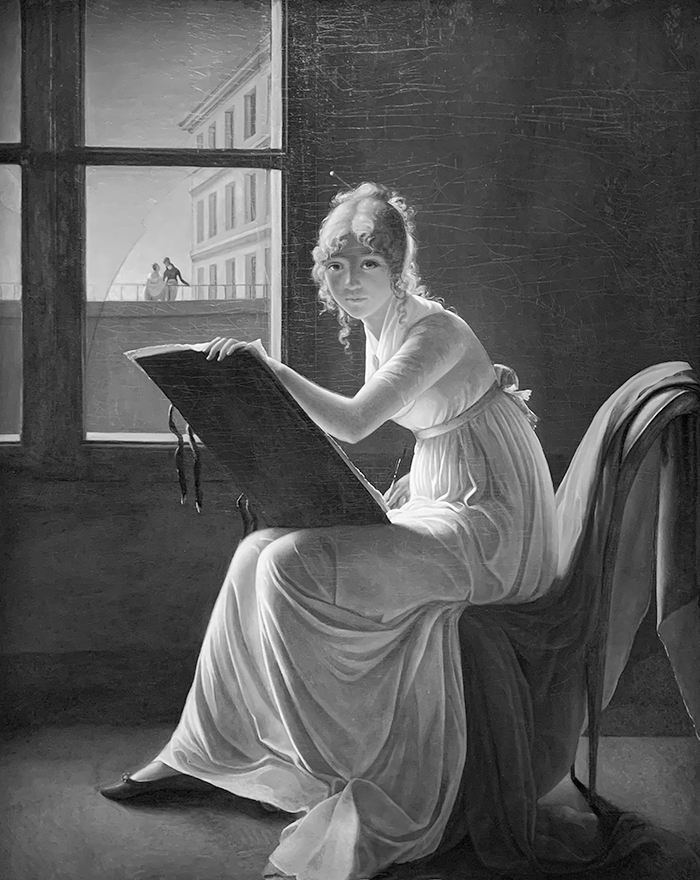 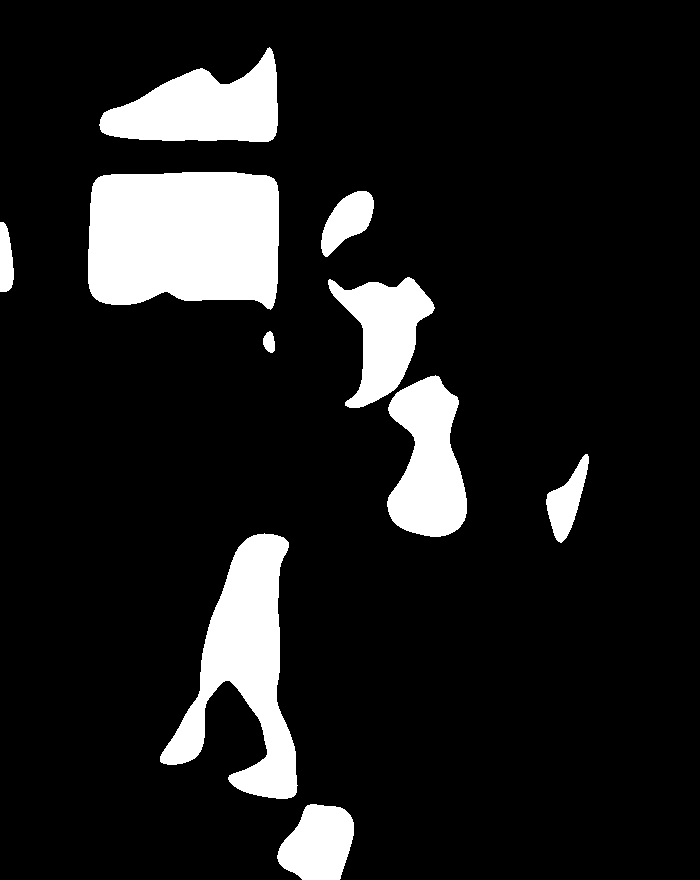 Whilst a two-value notan is helpful for seeing the broad arrangement of lights and darks, a three-value notan is perhaps more faithful to the subject (see below). That's because the painting is made up of three dominant value groupings. 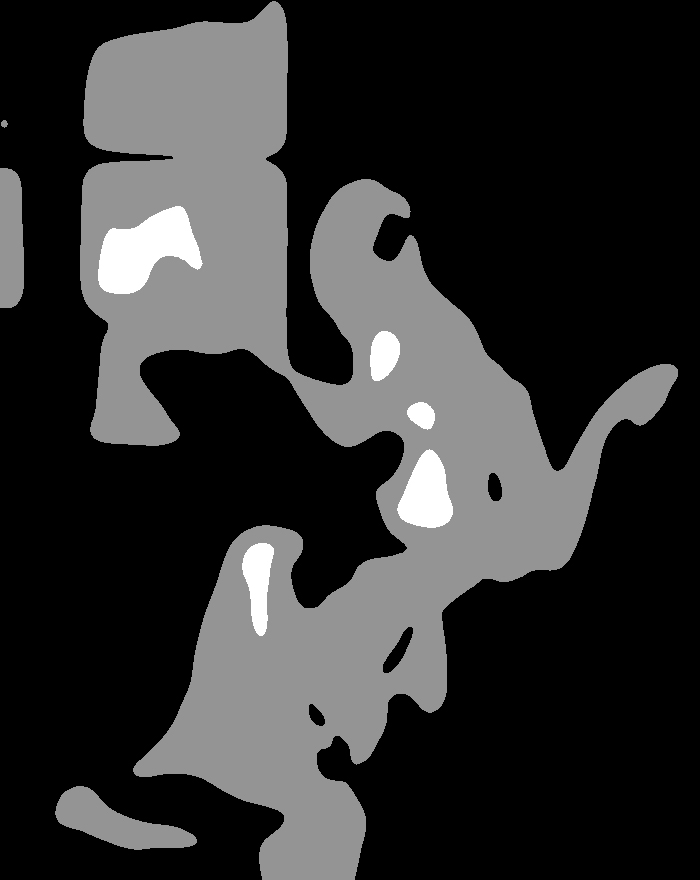 The colors are subtle and beautiful. As French author, André Maurois put it:

"Its colors have the fineness and rarity of Vermeer’s. Perfect painting, unforgettable." (Source)

There's a sense of warmth about the painting, with the stronger colors being red and orange tones. Pale and dull blues play more of a complementary role. This plays well into the idea of a warm interior scene.

This painting is also a great demonstration of what you can achieve with a limited palette. I'm not sure exactly what colors Villers used, but it doesn't seem extensive. From the looks of it, just a handful of hues varied in terms of saturation and value. Keep in mind that for every color, you can create an infinite range of variations by adding black, white, or gray.

This painting is also a good example of how an edge's perceived hardness changes as the color contrast changes. Look at the edge along the subject's back and head. It appears harder at the bottom of her back where the color contrast is sharper. The edge appears to get softer around her shoulders, even though the change in color is just as immediate. More contrast = edge looks harder; less contrast = edge looks softer. 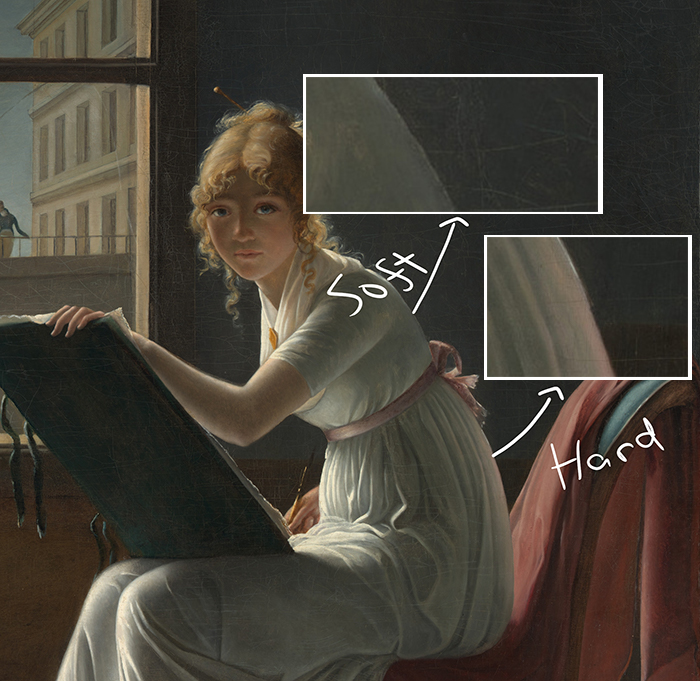 The painting is of course wonderful, but credit also needs to be given to that frame. It’s a work of art in its own right. But it doesn't compete with the painting for attention. Rather, it complements and contains your attention on the painting, as a good frame should.

Also, notice how the dimensions of the frame are mimicked within the painting itself by the window frame. See the draw-over below. This may seem like an insignificant point, but consider what the painting would look like if the window had landscape dimensions. Odd I imagine.

Tip: When analyzing master artworks, it's a helpful exercise to consider what it would look like if you changed certain aspects. This can help you narrow down on seemingly minor but important details that make the painting work. 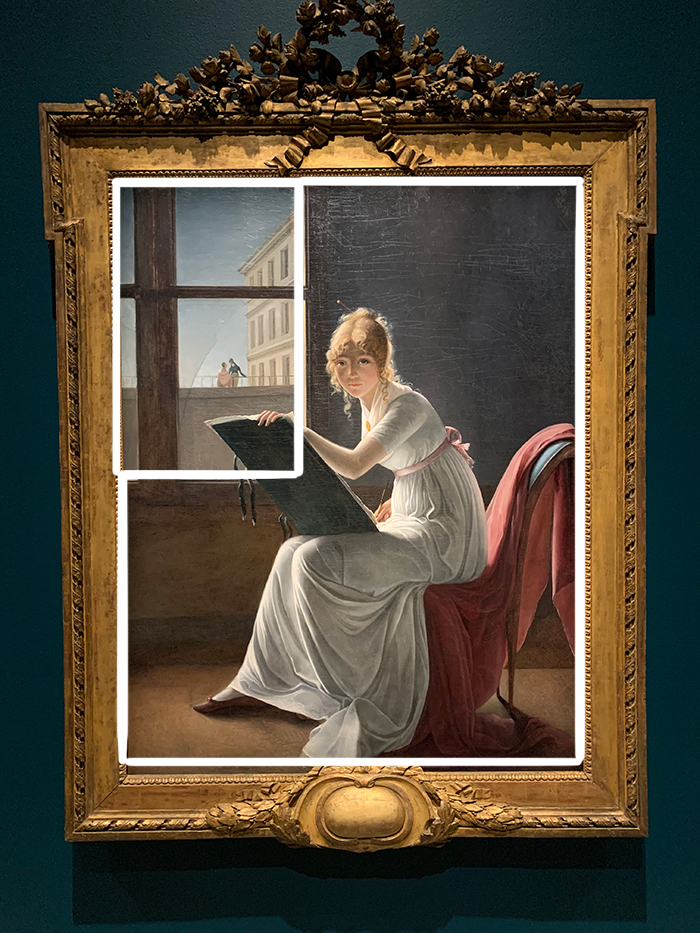 It's worth noting that you should not compare your unframed pieces to that of these exhibition pieces. A good frame can take a painting to another level and a masterful frame like this is simply an unfair advantage.

Broad Strokes: 15 Women Who Made Art and Made History by Bridget Quinn