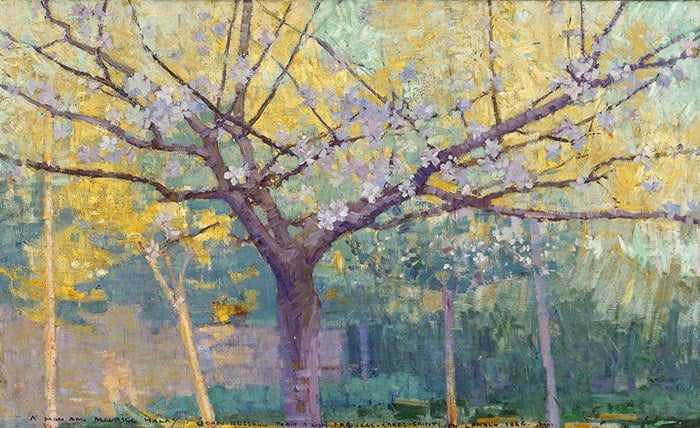 I watched a fascinating documentary the other day about an Australian Impressionist artist named John Russell. This was my first time hearing about this artist, despite him being a fellow Australian and also being connected with many prominent artists like Claude Monet and Vincent van Gogh. It seems like there is an endless pool of brilliant artists who I have yet to discover.

In the documentary, he is described as the “great Australian artist that nobody has ever heard of”.

This article will summarize some of the key points about his life and art, but I encourage you to also watch the documentary for yourself as it is very well done.

Russell was born in Darlinghurst, Sydney in 1858. He was the son of a successful engineer. When his father passed away in 1879, Russell was left with a substantial inheritance which allowed him to pursue a life of his choosing. He decided to pursue a life of art and moved to London in 1881 to study at the Slade School of Art. 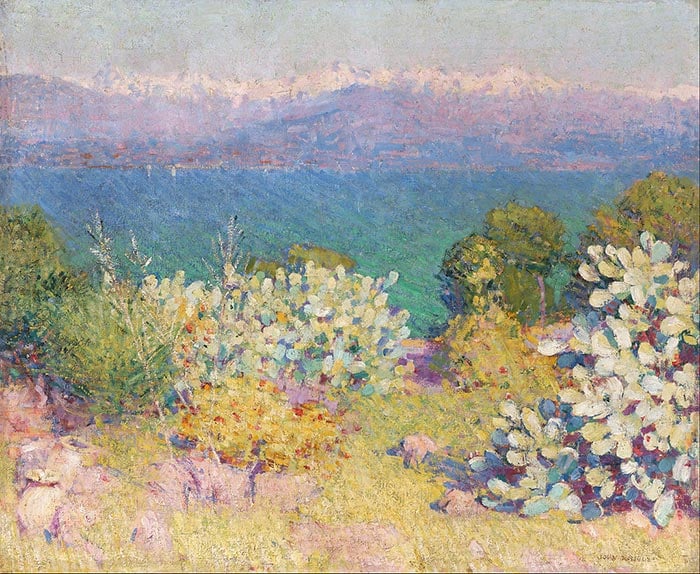 John Russell, In the Morning, Alpes Maritimes from Antibes, 1891

Moving overseas to study art allowed Russell to connect with many of the great artists such as Vincent van Gogh, Claude Monet, Henri de Toulouse-Lautrec, Armand Guillaumin and Emile Bernard.

Russell developed a close friendship with Vincent van Gogh whilst he studied at Atelier Cormon from 1885 to 1887. Below are drawings by Russell of van Gogh. 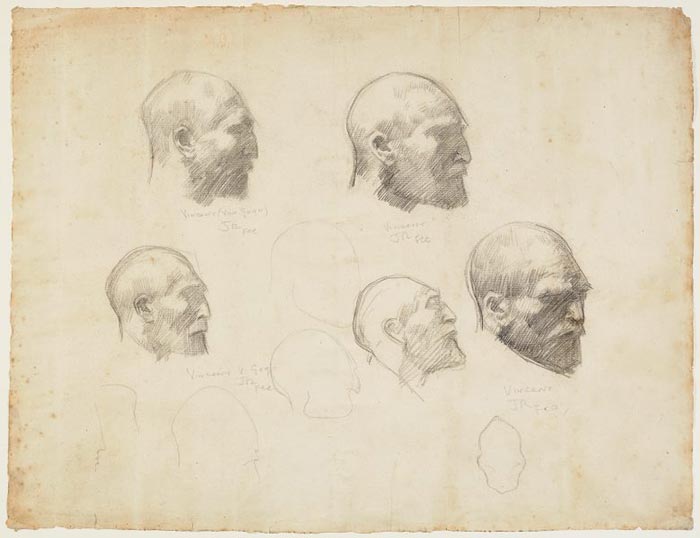 Russell also kept in regular contact with fellow Australian artist Tom Roberts. Roberts pursued a different path in art and achieved great commercial success in Australia. The two discussed stories of their journeys and artistic discoveries in many letters to each other. In the letter below to Roberts, Russell describes his dissatisfaction with the academic art of Paris in the time.

I am delighted to hear of your continued success in painting. To have so soon found your road. Here we are all in the dark, too much occupied with style. I’m about finished with them and will jump out of Paris as soon as possible. The tone of things don’t suit me. 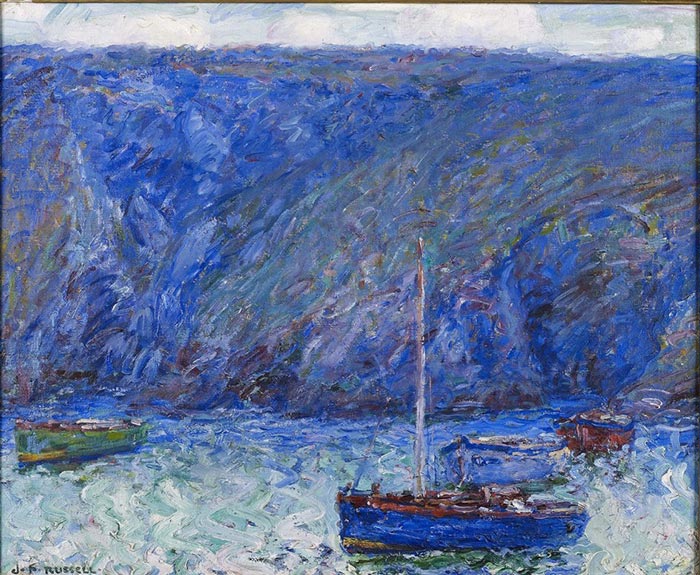 He met Claude Monet in 1886 when he visited Belle-Île, a French island off the coast of Brittany. Belle-Île would end up being a key source of painting inspiration for both Russell and Monet.

Below is a letter from Russell to van Gogh describing his thoughts of Monet's work. He seemed to be critical yet endearing of Monet.

Saw ten of Mr Monet’s pictures down at Antibes. Very fine in color and light and a certain richness of envelop. But like nearly all the so-called Impressionist work, the form is not enough studied. A lack of construction everywhere.

He is undoubtedly a remarkable colorist and full of courage in attacking difficult problems. We should all do the same. It is the only way to get strong.”

Russell proved to be a crucial influence on Henri Matisse's development as an artist. Matisse went from creating dull paintings of grays and browns (like the painting below) to luminous paintings with vibrant colors, all due to the influence of Russell and the other Impressionists. Russell opened Matisse's eyes of what is possible in terms of color.

Henri Matisse painted with Russell during the Summers of 1896 and 1897. During these meetings, Matisse learned about the Impressionist approach to color from Russell. Matisse was fascinated by the luminosity of Russell's paintings and the amount of light he was able to convey on the canvas. 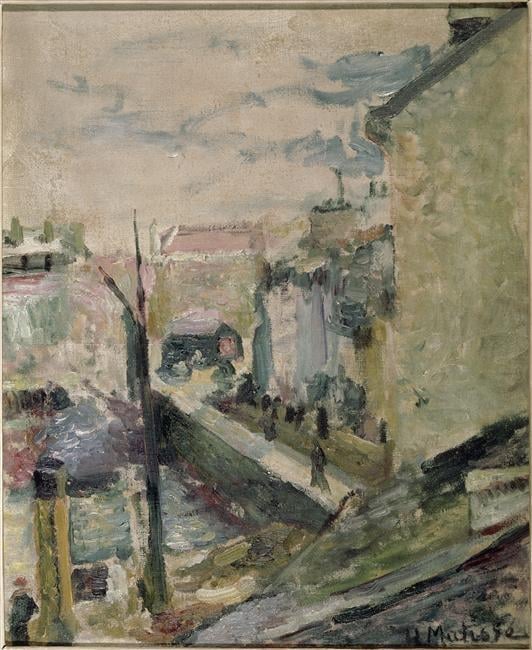 Below is a painting of Belle-Île by Matisse which demonstrates his newfound appreciation of color. 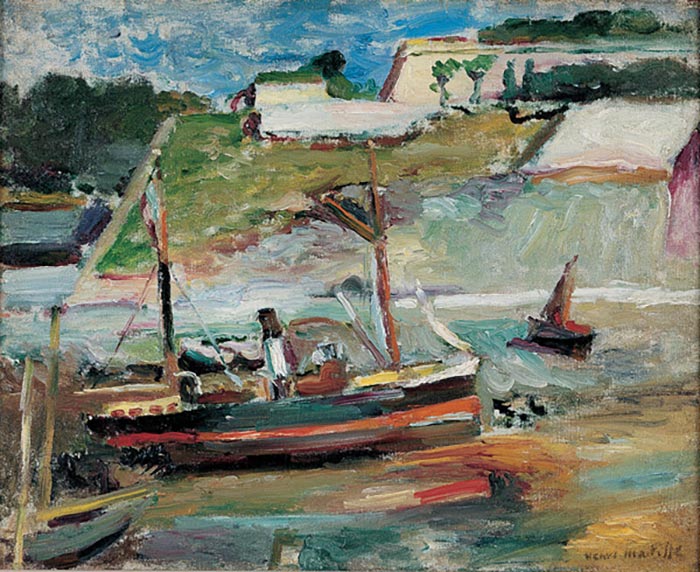 Henri Matisse, Dishes and Fruit on a Red and Black Carpet, 1901

Painting of his First Wife

One of my favorite paintings by Russell is below, which pictures his wife amongst a sea of flowers. Her beauty does not take over the painting, but is rather woven in with nature. The painting is a stunning display of broken color and a compressed value range. The reds, oranges and yellows provide a sense of warmth, yet it does not feel overpowering. There is a pleasant subtleness about the painting. 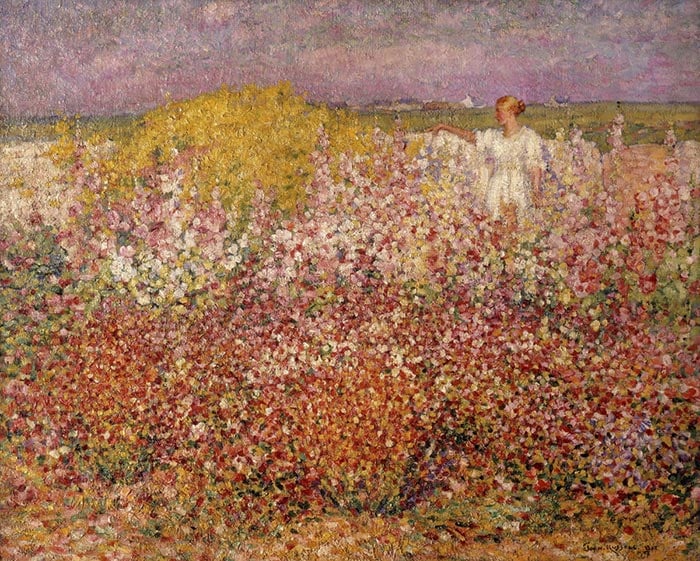 John Russell, Mrs Russell Among the Flowers in the Garden of Goulphar, Belle Ile, 1907

Sadly, his wife passed away in early 1908 after a battle with cancer. Devastated by the loss, Russell is thought to have destroyed many of his paintings. He married again and ended up moving back to Sydney, but he never seemed to reinvigorate his passion for art.

Having learned more about Russell's life, his connections with other artists and of course his stunning paintings, it is amazing to think that so few people have heard of him. It is almost like his legacy got lost between the cracks.

I suspect there are a few reasons for this:

"Your works will live, I am certain. One day you will be placed on the same level with our friends Monet, Renoir and van Gogh."

Whatever the case, he seems to be gaining recognition over time. 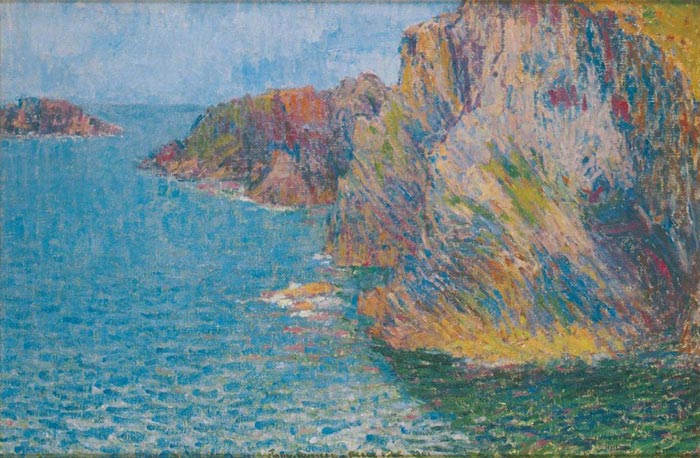 What You Can Learn from John Russell 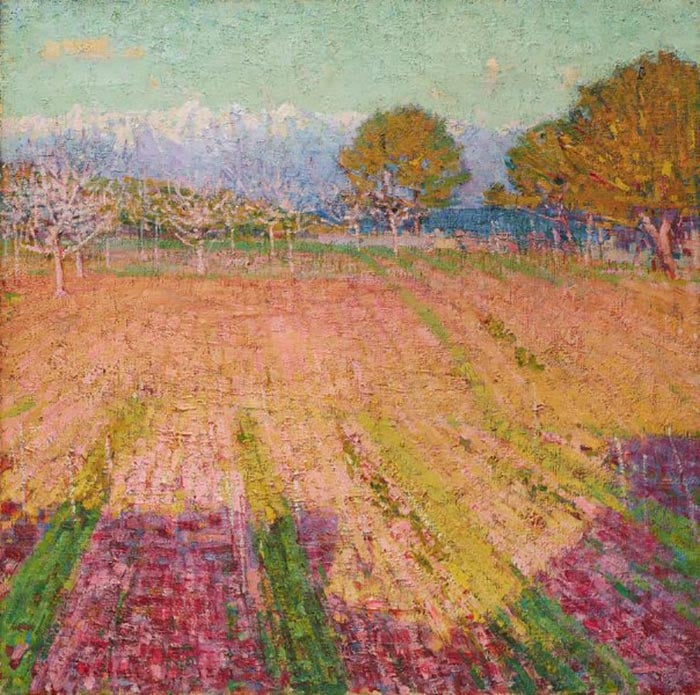 Australia's Lost Impressionist - The documentary which prompted me to write this article.