Vincent van Gogh has got to be one of the most interesting artists of history. He is one of the most famous artists in history, yet during his lifetime he was hardly known and suffered financial hardship. I wonder how he would feel about his post-mortem fame?

Despite his current fame, many people do not know all that much about his life. So here are 11 interesting facts about Vincent van Gogh. 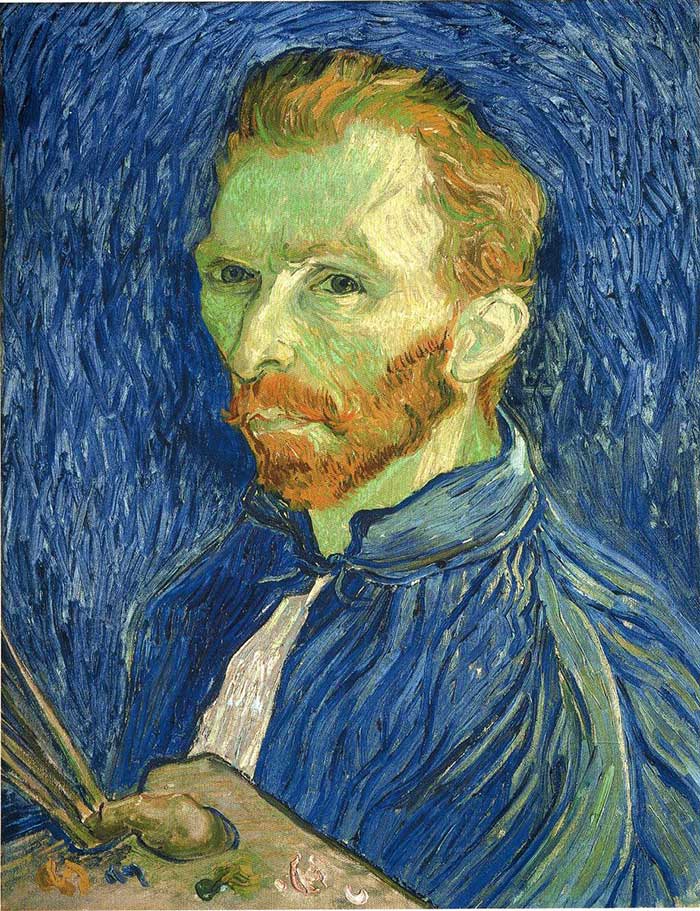 1. There were four other Vincent van Goghs.

Vincent van Gogh was not the only one with his name in the family. Van Gogh the artist was named after his stillborn older brother, who was in turn named after their grandfather.

Van Gogh only started painting at the relatively late age of 27 and was mostly self-taught. His early paintings are not the colorful displays which most people are familiar with. When he started painting, he used a dull palette of colors and painted some of the harsh realities of life. Poverty and financial hardship was a common theme in many of his early works. The painting below is a representation of how he painted at the start of his career. 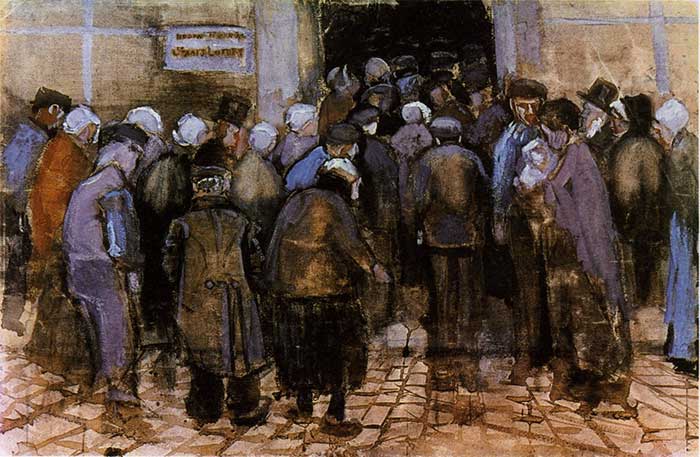 It was only later in his artistic career that he started using the vivid colors which he is so well known for.

3. He was close friends with Paul Gauguin.

Van Gogh met Paul Gauguin in Paris in 1887. The two painted together frequently but were stylistically different.

His friendship with Gauguin is thought to have ended after the ear cutting incident which involved both of them (this is discussed later in this post).

Gauguin gives me courage to imagine, and the things of the imagination do indeed take on a more mysterious character.

Below is a portrait by Gauguin of van Gogh. 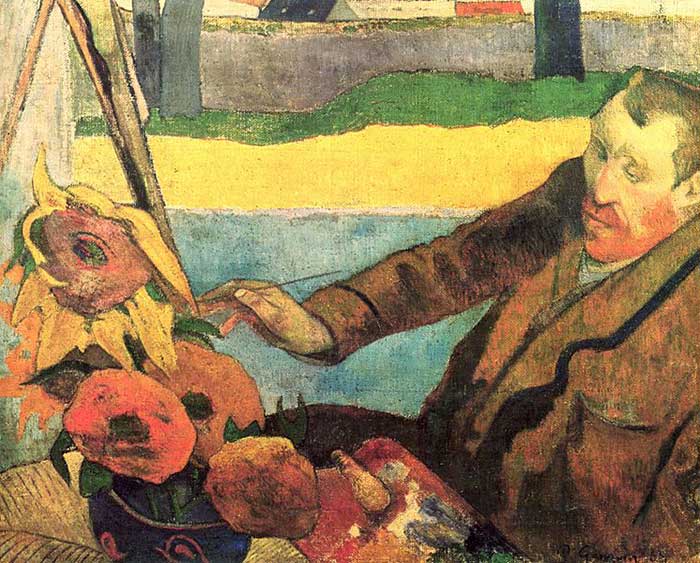 4. His life is documented through the many letters he wrote.

Van Gogh wrote over 800 letters during his lifetime to his brother and close friend, Theo, his artist friends Paul Gauguin and Emile Bernard, and many others. Many of the letters are undated, but historians have been able to place most of the letters in chronological order.

These letters are the most comprehensive source of information available on the life of van Gogh and they provide a window into van Gogh's world.

There were over 600 letters exchanged between van Gogh and his brother Theo. These letters tell the story of their lifelong friendship and van Gogh's artistic views and theories. Theo kept all of van Gogh's letters to him and van Gogh kept few of the letters he received. After both of them passed away, Theo's widow Johanna van Gogh collated and edited letters. A majority of the letters were published in 1914.

You can read most of his letters here.

5. He attempted many other careers before declaring himself an artist.

Van Gogh was only a painter for the last decade of his relatively short life. Before painting, he tried his hand at many other careers such as an art dealer (like his brother Theo), school teacher and preacher.

He had little success in any of these areas and announced himself as an artist in a letter to Theo in 1880. He then traveled through Belgium, Holland and France in pursuit of his artistic vision.

6. He was extremely busy during his time as an artist.

Van Gogh had a relatively short life as an artist, however during this time of around 10 years he created about 2,100 artworks, including around 860 oil paintings. Many of his paintings were created in the last two years of his life.

It is amazing to think that despite the financial hardship and mental illness which he suffered, he was able to create a body of work greater than most artists are able to complete in a lifetime much longer than his own.

Van Gogh created one of the most expensive paintings of history. His Portrait of Dr. Gachet which he painted in 1890 sold for $82.5 million in 1990. Not bad considering the financial hardship he suffered for most of his life. 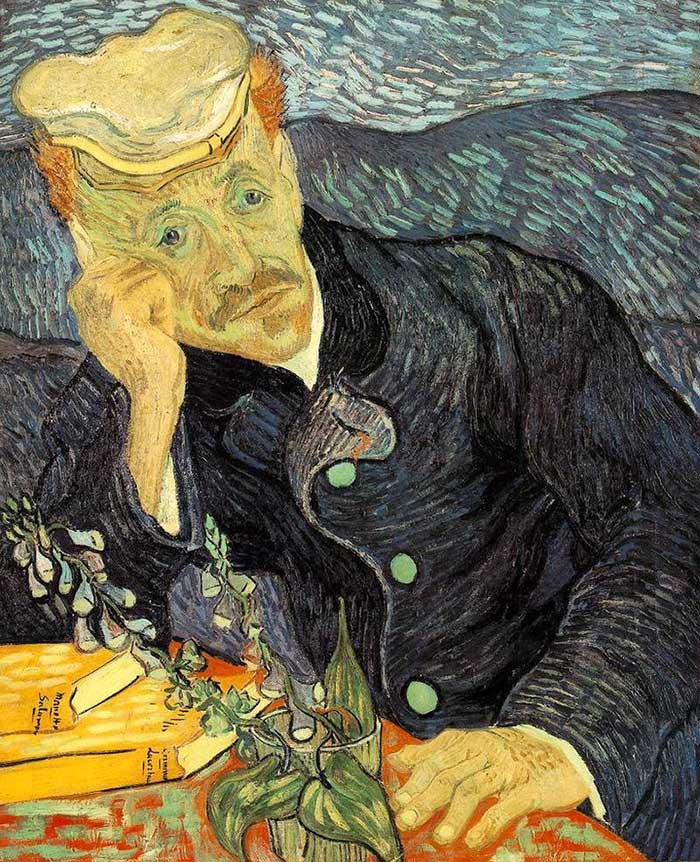 8. He did not experience much commercial success during his lifetime.

In fact, van Gogh is only thought to have sold one painting during his lifetime, being the Red Vineyards Near Arles. Had he lived a bit longer, he may have had the chance to experience some of the fruits of his later fame. 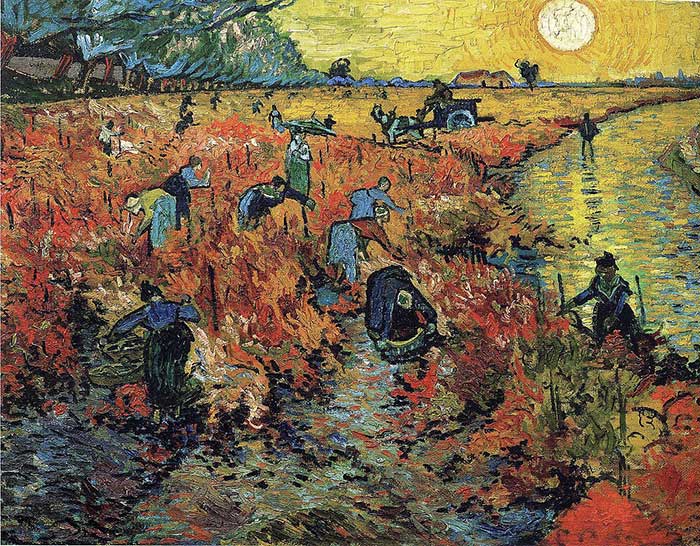 9. He was troubled by illness.

Van Gogh was troubled by mental illness for most of his life. He spent time in psychiatric hospitals, including a period at Saint-Rémy.

Evidence suggests that he had manic depression and suffered from psychotic episodes and delusions. Many modern-day psychiatrists have attempted to diagnose van Gogh with possible diagnoses including from schizophrenia, porphyria, syphilis, bipolar disorder and epilepsy.

He also neglected his physical health through poor diet and heavy drinking. Whether this contributed to his poor mental health is unknown.

There are many theories surrounding the van Gogh ear cutting incident. One of the popular theories is that van Gogh took a razor to his left ear and partially severed it after getting into a fight with fellow artist Paul Gauguin. He then wrapped the partially severed ear in paper and delivered it to a woman at a brothel which both he and Gaugin used to frequent.

Other theories suggest that it was Gauguin who cut his ear. This is still a bit of a gray area. 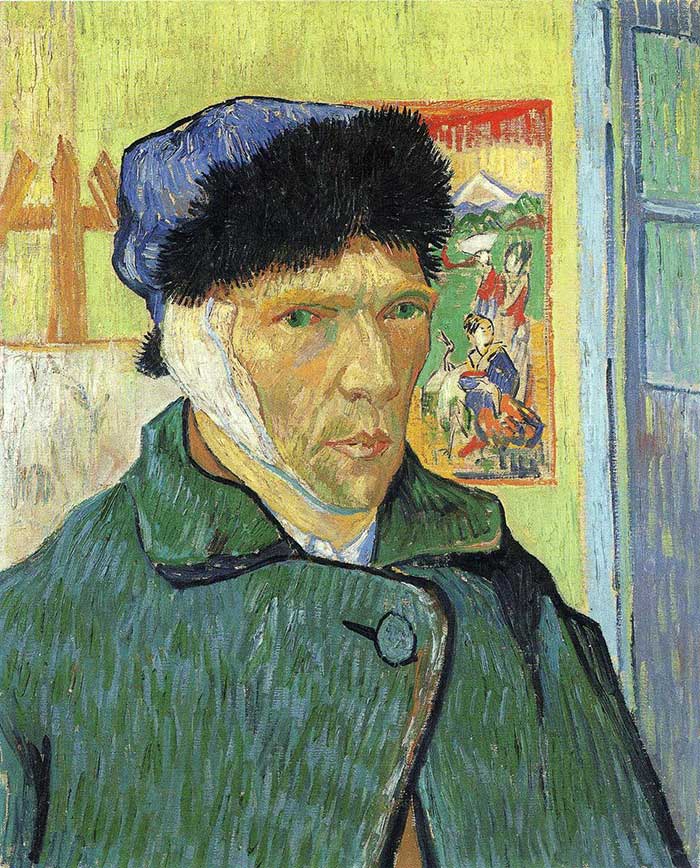 On 27 July 1890, van Gogh shot himself in the chest and died 2 days after. It is thought that the shooting took place in the wheat field where he had been painting. After the shooting, he managed to walk back to his residence at Auberge Ravoux where he was treated by two doctors. However, he eventually passed away as a result of infection. According to his brother Theo, his last words were "La tristesse durera toujours", meaning:

"the sadness will last forever".

Did you enjoy these facts about Vincent van Gogh?