Willard Leroy Metcalf (July 1, 1858 – March 9, 1925) was a prominent American painter known for his beautiful impressionist landscapes. He initially started with portraits and illustration, during which time he would have developed his accuracy and drawing ability, but it was his landscapes which brought him to fame. 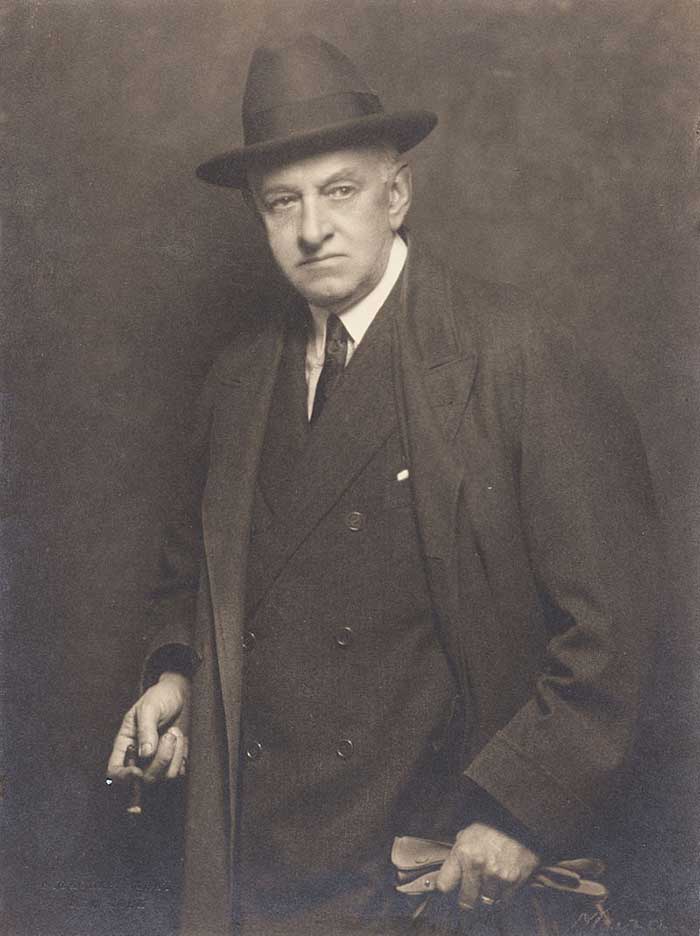 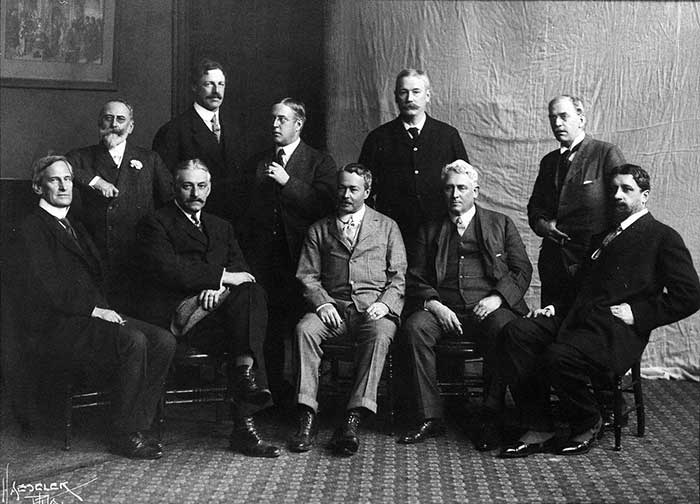 Willard Metcalf was a member of a group of artists known as The Ten American Painters (or The Ten). The group is pictured above.

As you can see, there were some very prominent members in this group, such as Childe Hassam, Julian Alden Weir and of course Willard Metcalf.  Winslow Homer was also invited to the group but declined.

Here are some of his beautiful landscapes for which he is so well known for: 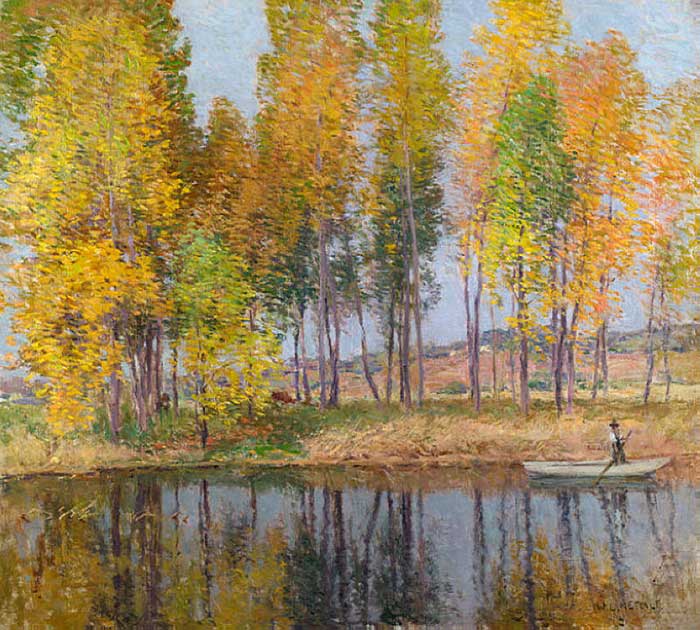 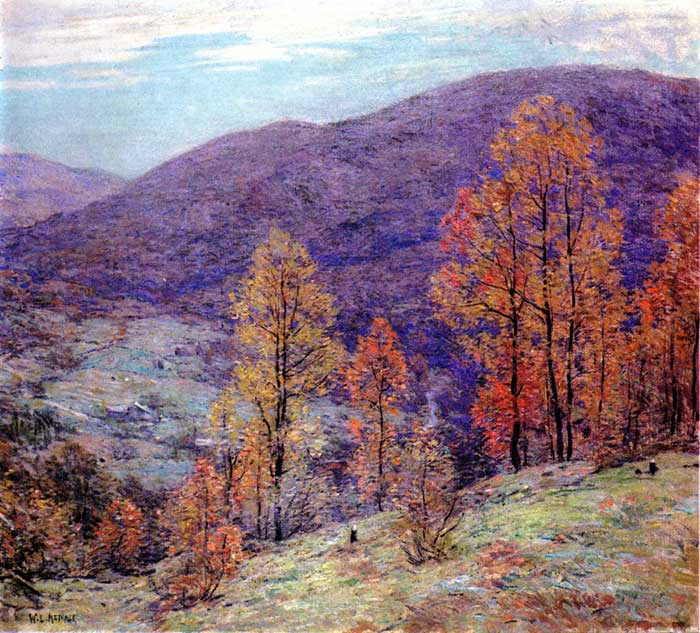 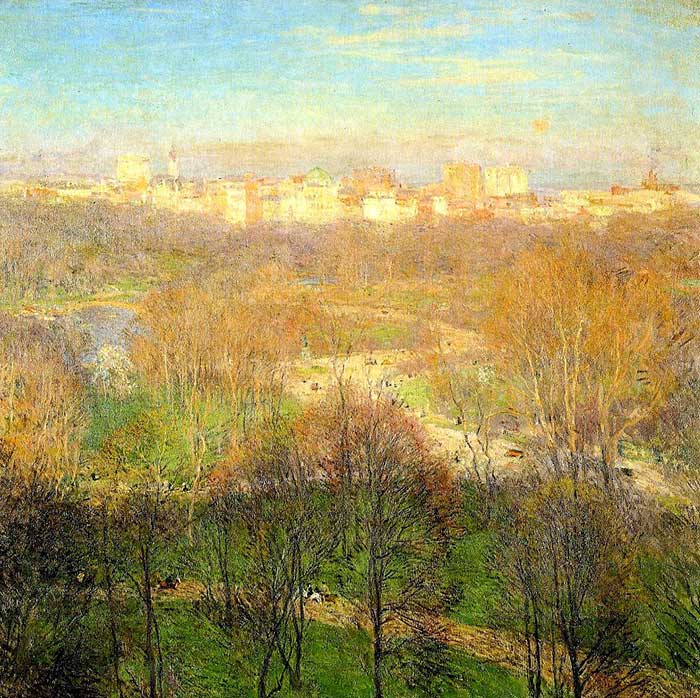 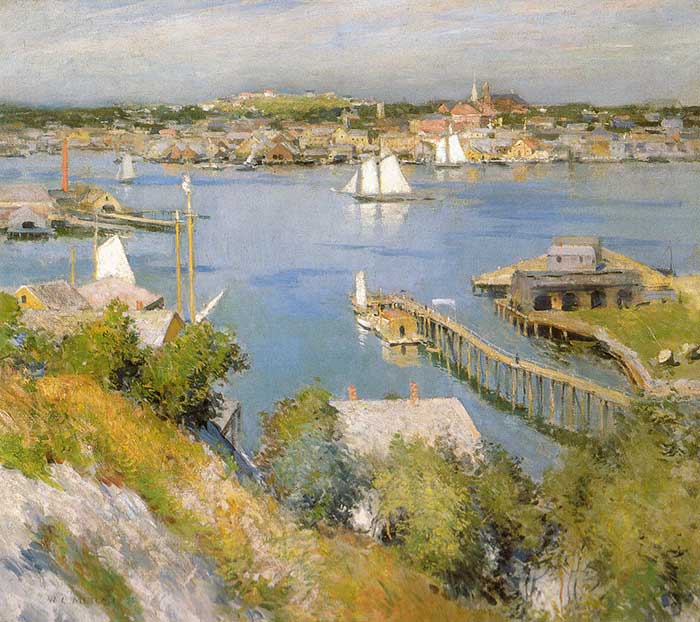 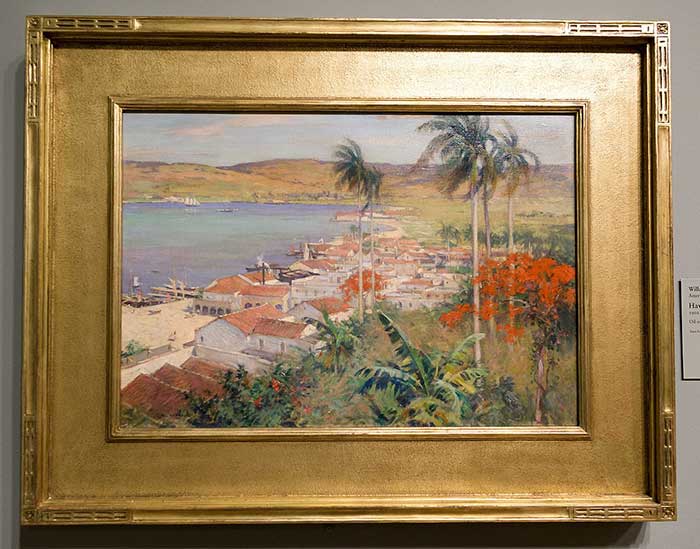 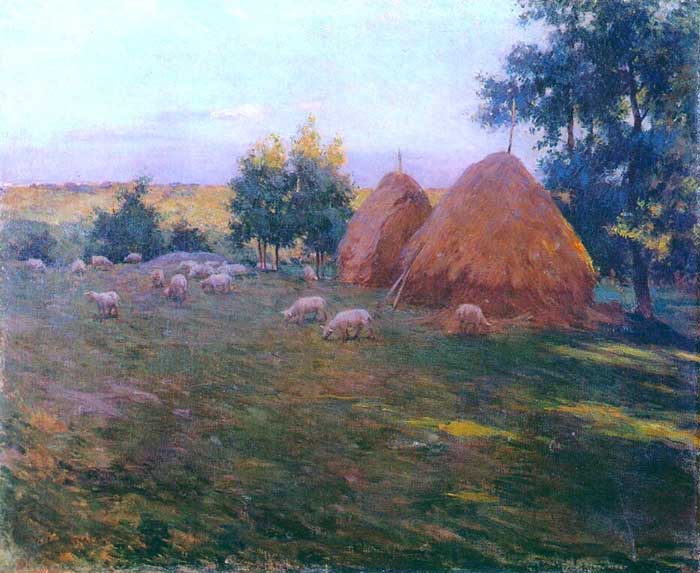 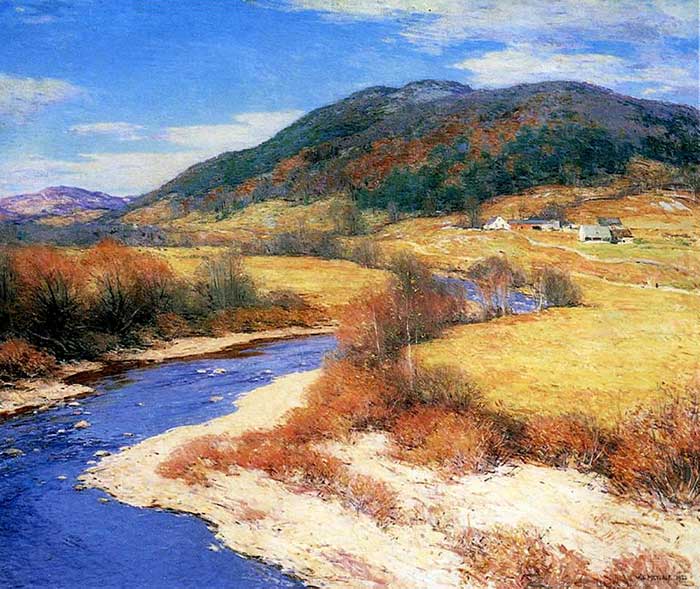 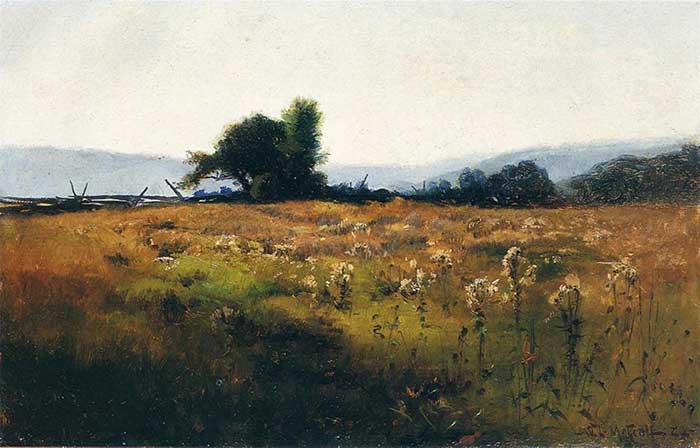 A Demonstration Of Fluid Brushwork

None of his paintings appear overly tight or refined. Yet, they do not appear sloppy or unrealistic either. The paintings have an almost effortless beauty to them. Part of the reason for this is Metcalf's fluid and confident brushwork. He did not overwork his paintings, but rather left most of his brushwork clearly visible. The painting below demonstrates some of his fluid brushwork. Also, notice those bold dabs of vivid orange and red which command your attention towards the center of the painting. 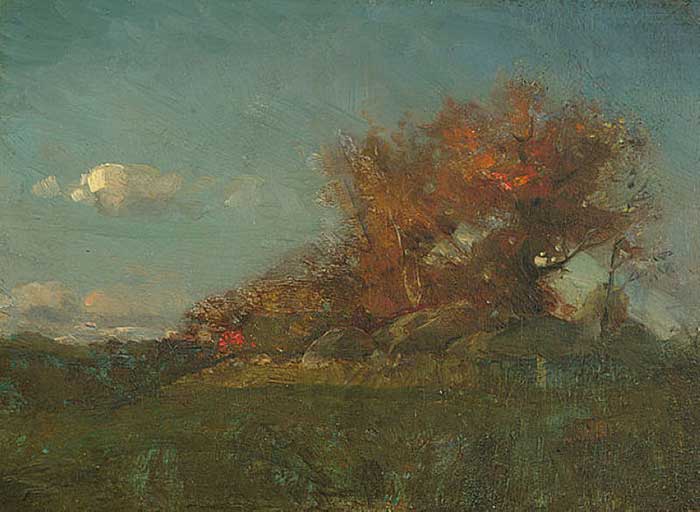 Willard Metcalf, The Fire Of Autumn, 1877

A Demonstration Of How To Use Green

Green always seems to cause issues for landscape painters. I'm not entirely sure why that is the case. It may have something to do with how we perceive green. As Pablo Picasso once said:

"They'll sell you thousands of greens. Veronese green and emerald green and cadmium green and any sort of green you like, but that particular green, never."

Willard Metcalf demonstrates in the following paintings just how to use green. There are all kinds of greens in these paintings - vivid greens, tinted greens and some subtle greens. But there are no greens which appear out of place. I also particularly like his use of that vivid green in the painting directly below. It is difficult to get away with using such a vivid green in landscape painting, but he pulls it off well. 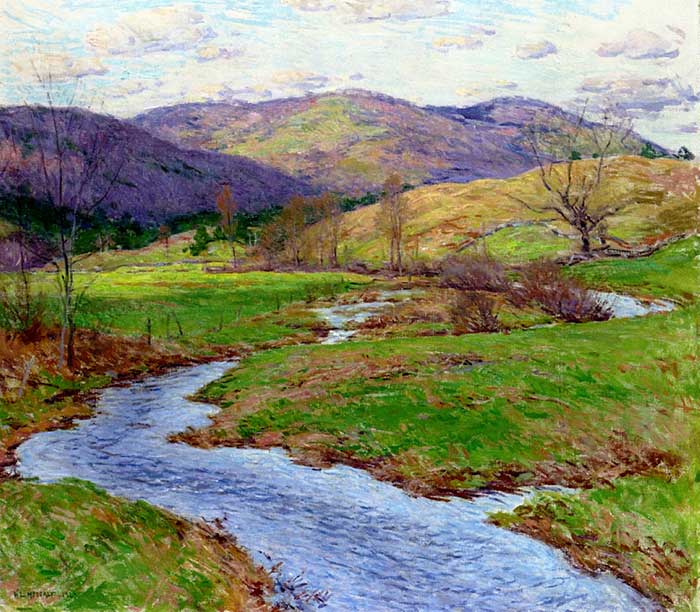 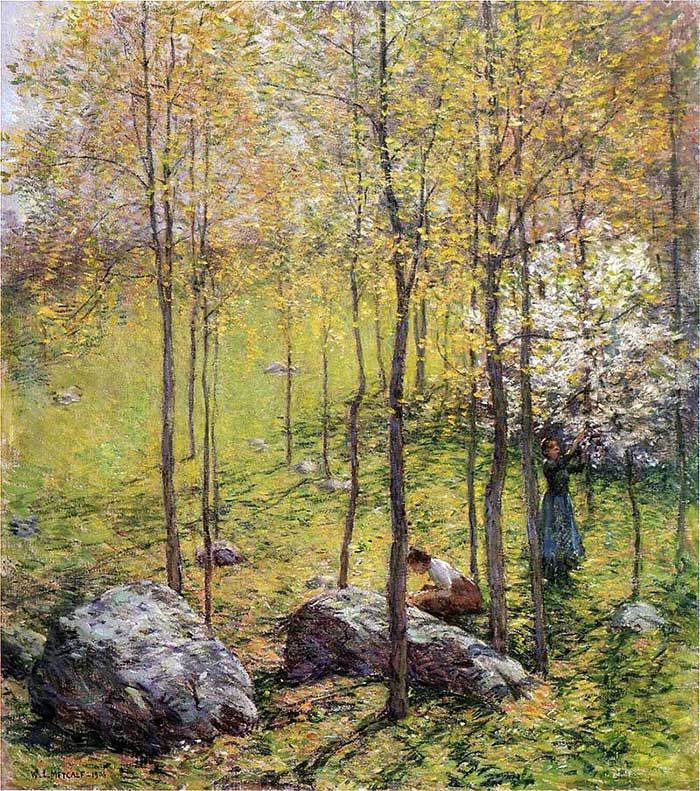 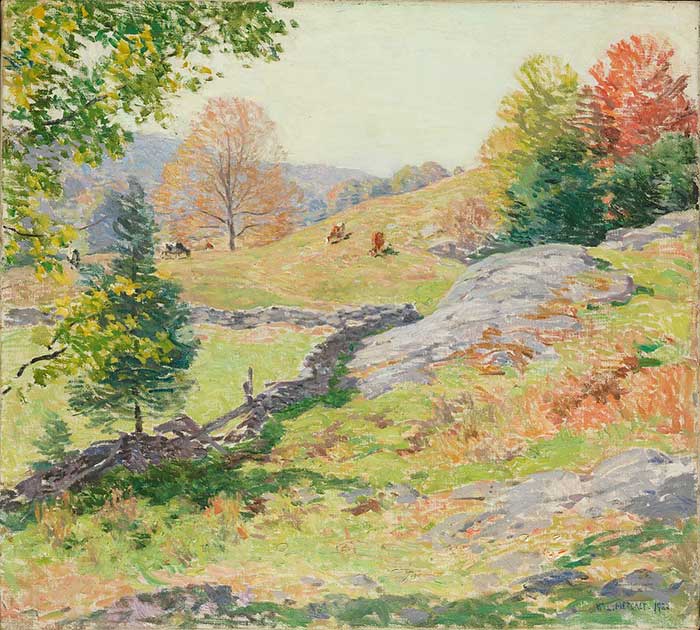 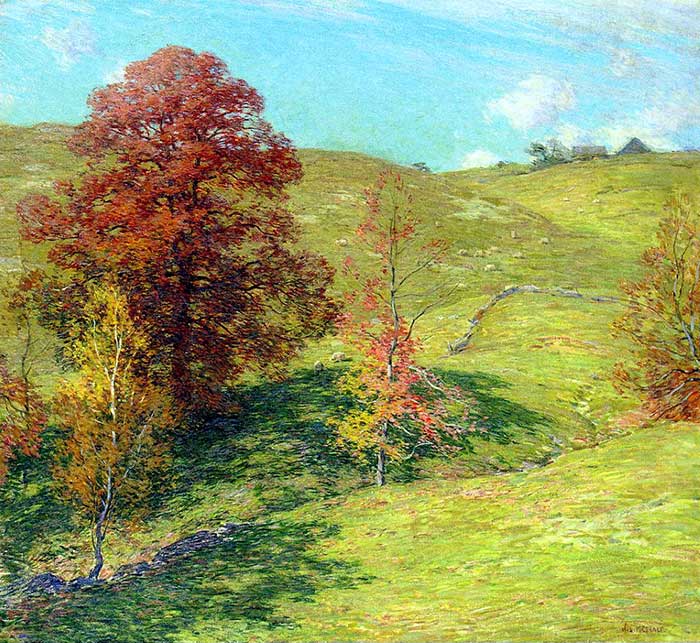 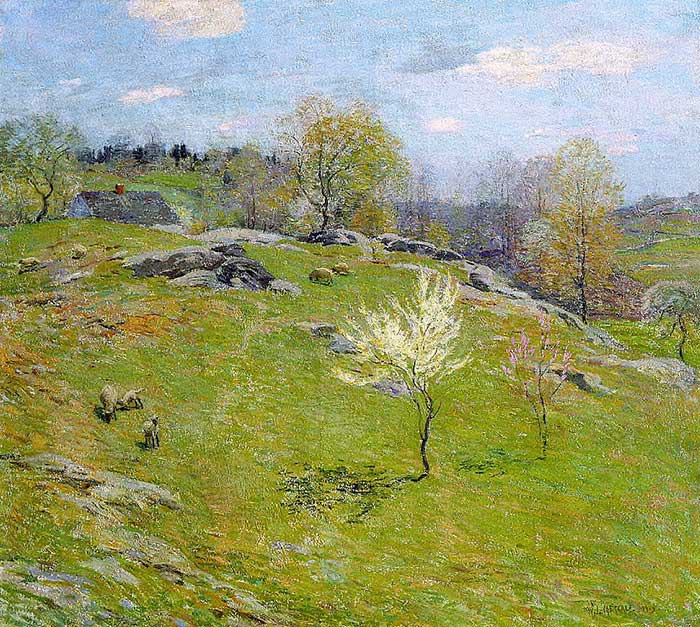 Whilst he was renowned for his landscape paintings, he also painted other subjects such as portraits, seascapes and interior scenes. Here are some of those paintings: 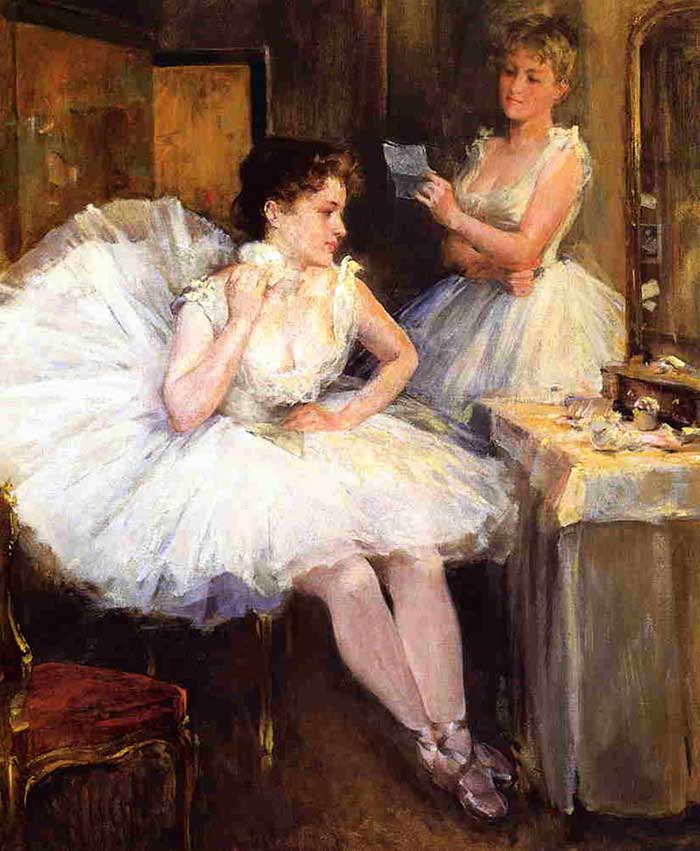 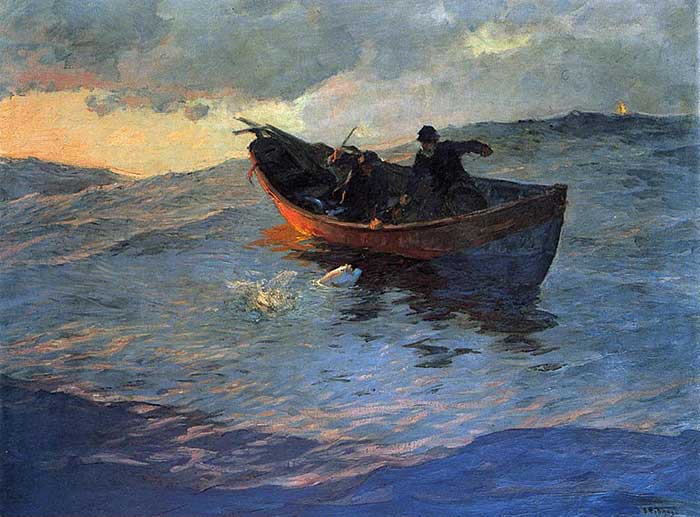 Willard Metcalf, On The Suffolk Coast, 1885 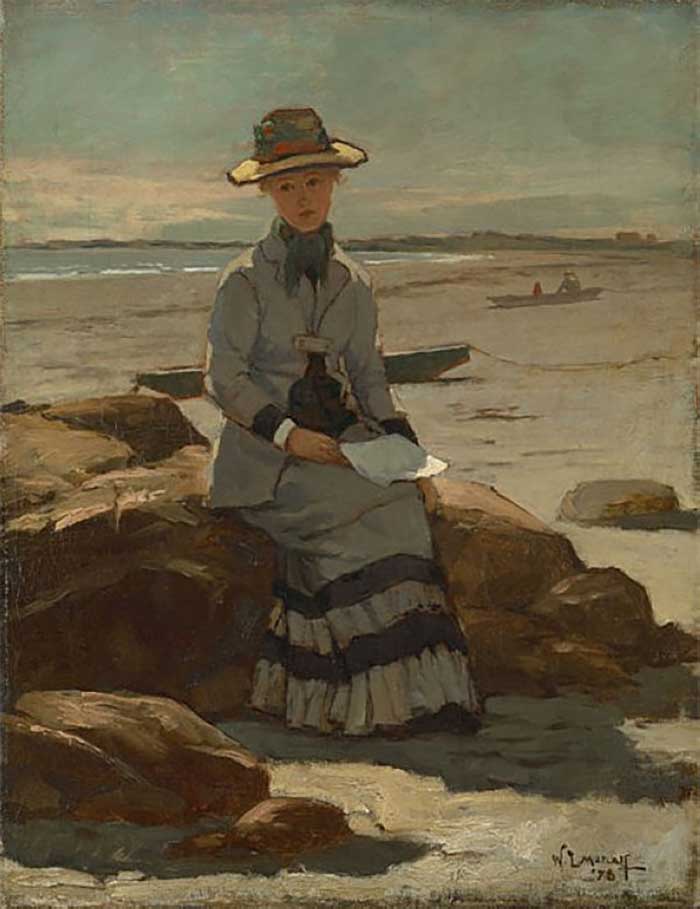 I hope you enjoyed these paintings by Willard Metcalf as much as I have. There is much to learn from his fluid brushwork and use of color. If you have a favorite painting, please let me know in the comments.

If you want to explore some more of his paintings, you should check out Wiki Art.