Lesson 1 – Why Do You Want To Take Up Painting?

Welcome! Thanks for joining me on this Painting For Beginners online course.

This will be a simple but important lesson to get things started.

Why Do You Want To Take Up Painting?

Before we dive into the technical side of painting, I want you to consider the reasons why you want to take up painting in the first place and the realities of being an artist. This is important as many people get frustrated when they take up painting and sadly quit way too early.

Some of the reasons these people get frustrated are:

The truth is, painting is an extremely challenging but equally rewarding craft. There is a reason our society holds the great artists in such high acclaim.

Our society is willing to pay insane amounts for great paintings, which when you think about it are nothing more than colored pigments arranged on a canvas.

These paintings do not produce any direct wealth or fix any world problems. Despite this, they are held in our most prestigious buildings and gifted to our leaders.

This is because painting is hard!

But don't let that discourage you. You should be proud that you are taking on such a highly revered and appreciated craft.

Once you understand why you are painting and the realities of being an artist, you will be much more resilient to any challenges you face (and less likely to quit).

Let's move on to some of the reasons you should not take up painting for.

The Wrong Reasons To Take Up Painting

Here are some of the wrong reasons to take up painting:

For example, I went to University and studied accounting. Whilst I was studying, I had reasonable assurance I would be able to make a secure living from accounting. Studying art however is much less secure. My thoughts on money and art are this - do whatever you can do make enough money to live comfortably and practice your art and do not let money dictate how you paint. If you are able to live comfortably as an artist, then great. If you work full-time and use that money to finance your art, then that is great also.

You want  fame. This is much the same as the point above. Fame in art usually comes to those least expecting it. It is unpredictable by nature. Just look at Vincent van Gogh, one of the most famous artists in history. He would have no idea of his own fame as it all happened after his death. He remained relatively unknown during his lifetime. I wonder if he would be happy or sad about his postmortem fame? 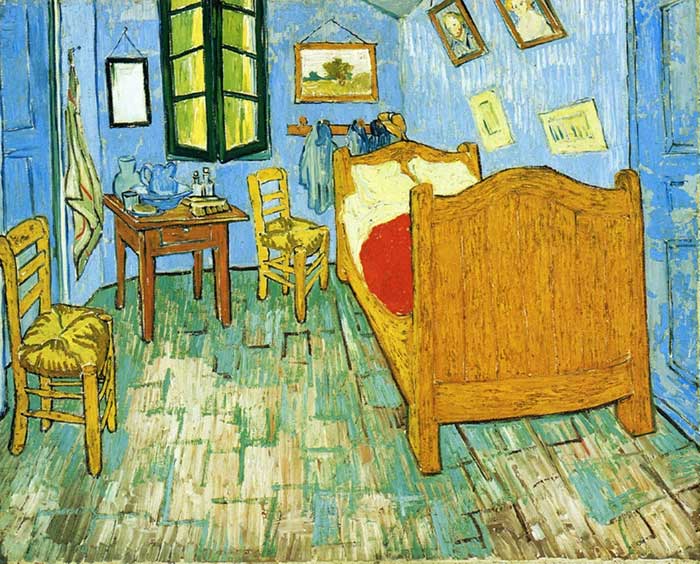 You want to become a master in a short period of time. It is great to have high expectations of yourself, but painting is one of the most difficult crafts to master. Many of the all-time greats of painting have said how little they knew even in their later years. Painting is easy to pick up, but extremely difficult to master.

So if you are still reading, then you may still be interested in painting, which is great!

I am not trying to be negative, just realistic. Painting can take up a significant amount of time and if you are not doing it for the right reasons, then you may as well save yourself the effort.

The Right Reasons To Take Up Painting

Now for some of the right reasons to take up painting:

You want to challenge yourself. Painting is hard, but anyone can take it up. All you need are some basic materials and you are good to go.

You want a fulfilling hobby. Not everyone has aspirations to become a professional artist. Many are just looking for a fulfilling hobby. Painting is fantastic for this. You can paint at pretty much any age, at any time of the day and at any skill level.

You seek an escape from your ever busy lifestyle. Many of you will work busy and high-stress jobs. Painting is the perfect escape from this lifestyle.

You like the idea of creating something. Painting is one of the rare practices where the result is something truly unique and personal. Sure, there may be other paintings very similar to yours, but none will be exactly the same. Your strokes and color selections are unique to you.

You like to document your life. Paintings are much like a visual diary of your life. You can paint different experiences, places you visit, people you meet and emotions you feel. Since I started painting many, many years ago, I have built up a sizable body of paintings. All of them tell a unique story about a particular point in my life.

You want to work for yourself. If you want to become a professional artist, then you can treat your art career as if it were your own business. A major positive to this is you get to be your own boss!

You want to empower your mind. Our bodies are frail, but our minds are very powerful. Painting is a fantastic way of understanding how your mind works.

I really should not need to give reasons to paint, but if you are unsure about if you should commit to painting then hopefully these reasons help you make the leap (you won't regret it).

[Exercise] Why Do YOU Want To Take Up Painting?

I suggest you take a moment to write down why exactly why you want to take up painting and what you are looking to get out of it. You can email me your answer to [email protected]

There are no right answers. This just helps me understand where you are at and what you want to learn. It is also an important exercise in self-awareness.

Great work! That is the end of lesson 1. This was just a simple lesson to start with.

In the next lesson we will go over the different painting mediums, including oils, acrylics and watercolors, to determine which would suit you.

Next Lesson
BACK
RANDOM
NEXT