Expressionism originated in Germany in the early 20th century. It is a difficult movement to define as it seems to overlap with many of other movements (Cubism, Surrealism, Post-Impressionism, Symbolism). No wonder art history can be so confusing to an outsider with the vast number of “isms”.

As its name suggests, Expressionism is characterized by the use of paint to depict and exaggerate emotions and feelings. Prior to this, artists were more focused on capturing what is physically in front of us, rather than what goes on in our minds.

In this article I summarize the key aspects of the movement and what you can learn from it.

The Beginnings Of Expressionism

In Vincent van Gogh's painting below, notice how the vivid colors and bold brushwork are used to exaggerate the man in a state of melancholy. The weak oranges of the subject's face make him look weak and defeated, especially in contrast with the strong blues and reds in the rest of the painting. 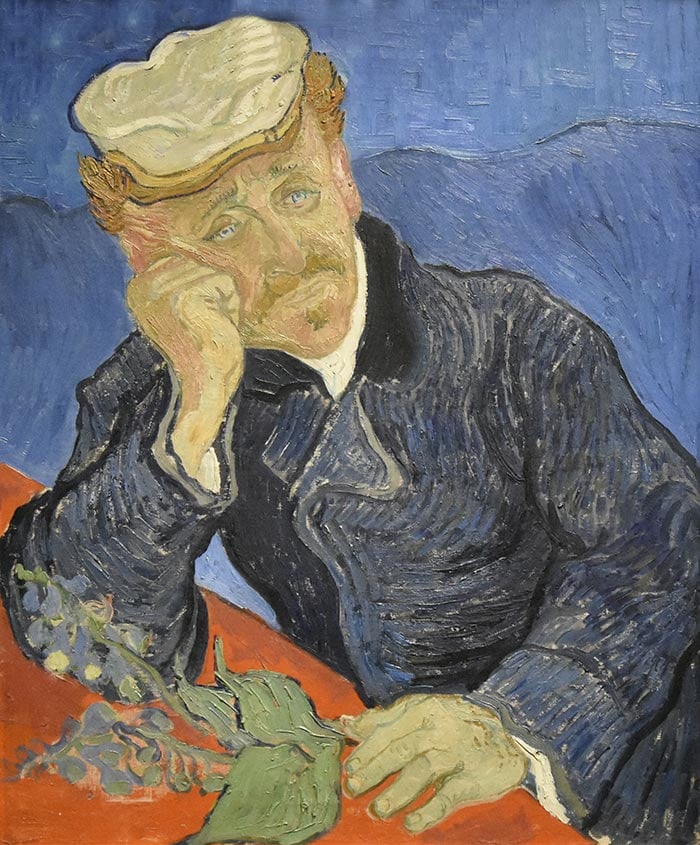 Edvard Munch was part of the Symbolism movement and had a great influence on the Expressionists. His most renowned painting is "The Scream" below. As you can see, very little attention was paid to the realistic depiction of the subject and the landscape. Swirling lines and sharp contrasts in color were used to convey the deep pain of the ghoulish subject. 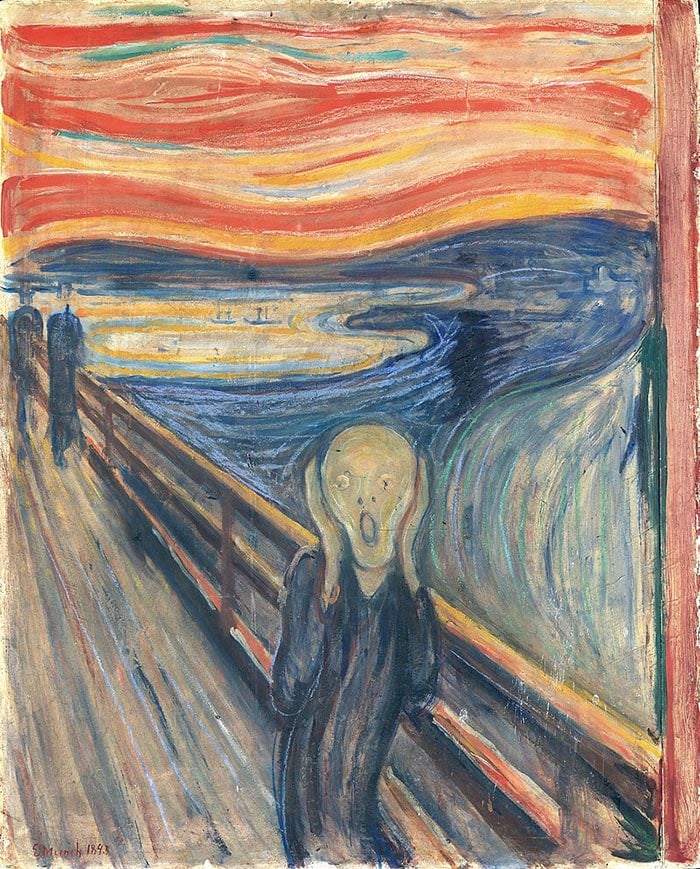 Henri Matisse, a member of the Fauvist movement, is well known for his exploration of color to convey meaning rather than reality. He often used wildly inaccurate colors, loosely held together by the value structure. These developments in color appear to have influenced the Expressionists. 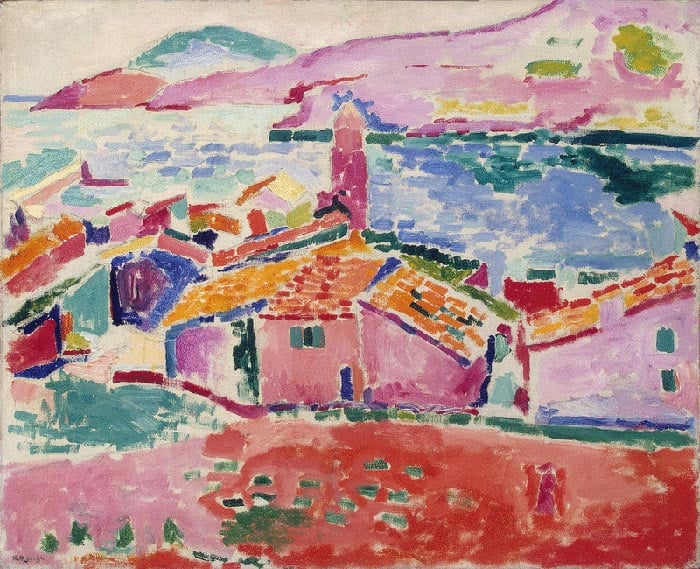 Expressionism seems to have loose beginnings. The actual term "Expressionism" was rarely, if ever, used by the Expressionist artists themselves. But the term was frequently used to describe characteristics of other movements like Post-Impressionism and Fauvism.

The origins of Expressionism are often associated with two German groups of artists known as Die Brücke (The Bridge) and Der Blaue Reiter (The Blue Rider).

Die Brücke formed in 1905 in Dresden and was led by Ernst Ludwig Kirchner. Other artists of the group included Karl Schmidt-Rottluff, Erich Heckel and Fritz Bleyl. The group often went by the name “The Bridge” because they saw themselves as bridging the gap between the old world and the new.

Kirchner and other members of the group were particularly concerned with the emergence of industrialization and its effect on society. Their view was that communities were becoming more divided and disconnected in conjunction with the emergence of industry and corporate capitalism. The group’s work often depicted urban street scenes and city life to convey their feelings about the changing society.

In Kirchner's painting below, you can see the influence of van Gogh's directional brushwork and Matisse's adventurous use of color. The figure’s expression hints at a feeling of loneliness and despair. Kirchner’s brushwork would later evolve to feature less impasto and more flat planes of color. 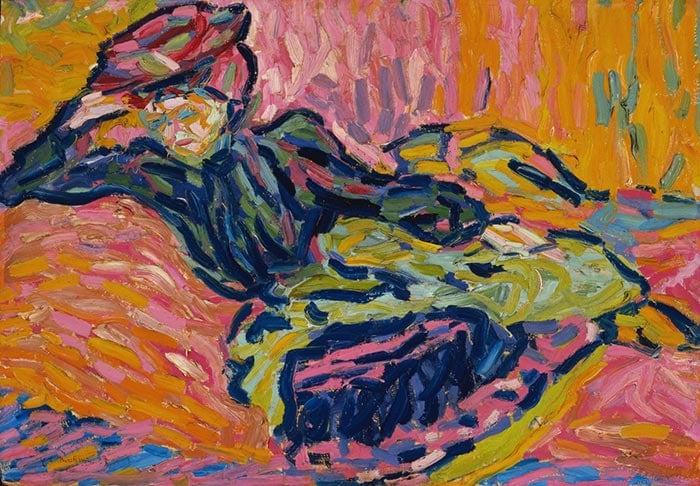 Below is another painting by Kirchner which is representative of both the aesthetic style and the subject matter favored by the Expressionists. The scene depicts the busy and hectic nature of navigating the streets of Dresden in the early 20th century.

For me, the painting is unsettling to look at, with distorted perspective and unnatural colors. I assume the idea was to depict the anxieties of urban life. None of the subjects in the scene appear to be interacting. Also, notice the colors used for the faces of the subjects - vivid reds and dull yellows. Far from realistic, but that is of course the intention of the painting. 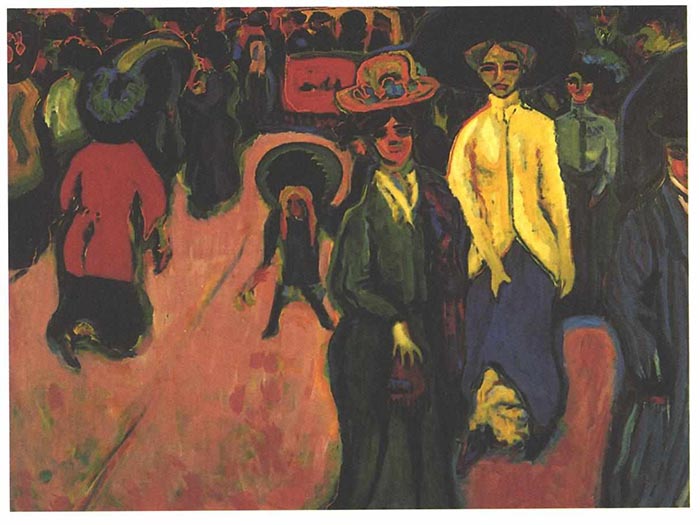 The second group associated with Expressionism, Der Blaue Reiter (The Blue Rider), formed in Munich in 1911 by artists Wassily Kandinsky and Franz Marc. This name was selected because of the founders’ interests in horses and the color blue. Kandinsky believed the rider symbolized a connection between the physical and spiritual worlds and he aimed for his artwork to do the same. 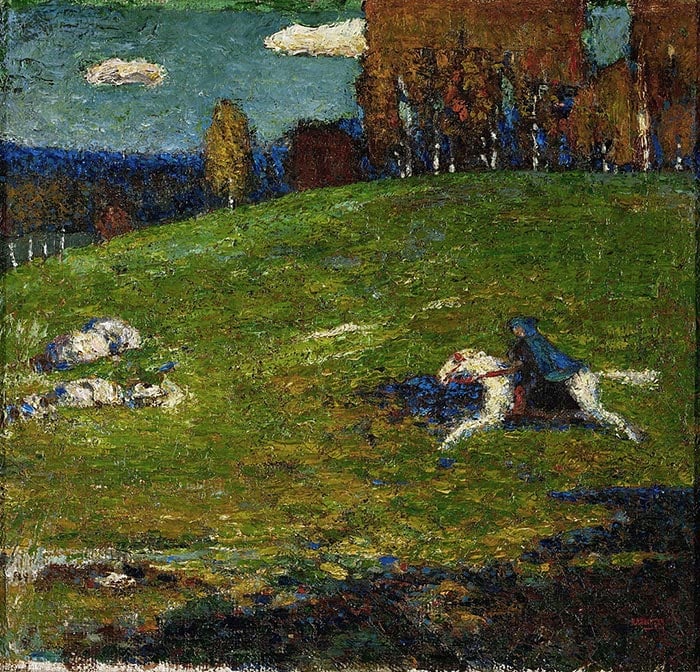 Kandinsky was one of the first artists of the movement to experiment with complete abstraction, like in his painting below. In his publication, "Concerning the Spiritual in Art" he discussed how he sought to encourage spirituality through his art. He believed this would lead to an enlightened and liberated society. 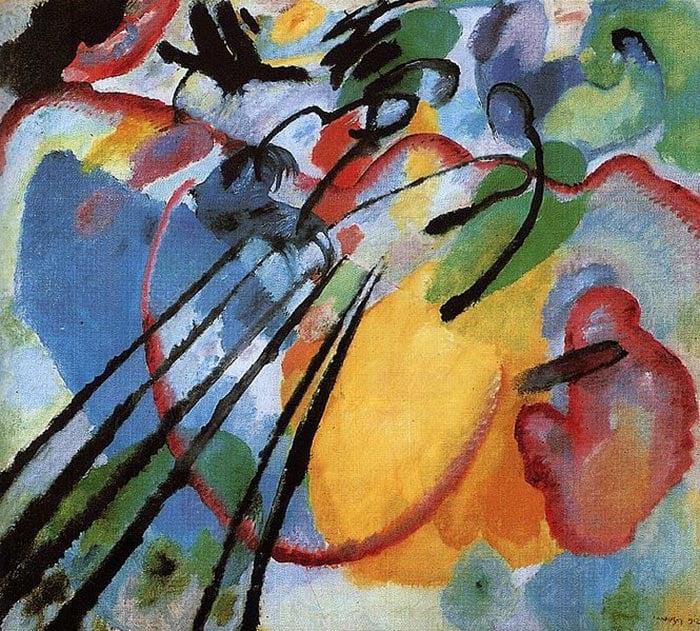 Kandinsky’s partner in Der Blaue Reiter, Franz Marc was not optimistic about the course of humanity. He sought to create a new system of assigning color to emotions and ideas. For example, Marc believed blue represents masculine qualities and yellow represented feminine qualities.

Many of his works depict animals, as he believed they were purer than humans. His painting below depicts numerous animals in a visually fragmented composition filled with bright colors and sharp angular forms. After the beginning of World War I, Marc wrote to his wife that this particular painting “is like a premonition of this war—horrible and shattering.” 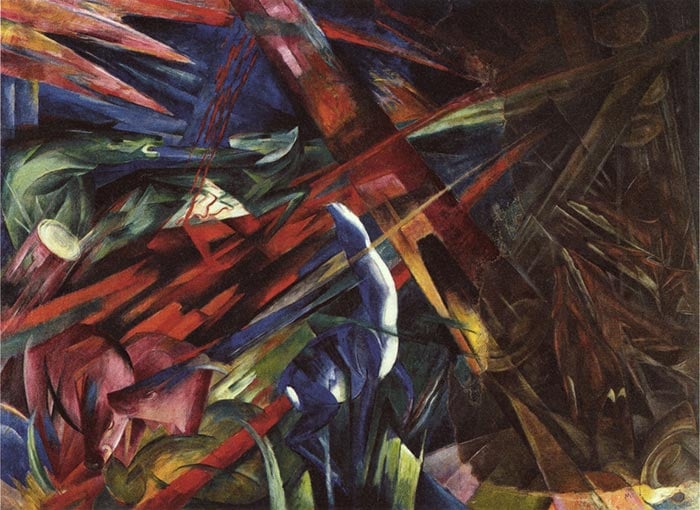 From Germany, the Expressionist movement spread throughout Europe but began to lose favor after World War I. However, it paved the way for the later movements of Abstract Expressionism and Neo-Expressionism.

What You Can Learn From Expressionism

"The German artist creates out of his imagination, inner vision, the forms of visible nature are to him only a symbol." Ernst Ludwig Kirchner

"With faith in progress and in a new generation of creators and spectators we call together all youth. As youth, we carry the future and want to create for ourselves freedom of life and of movement against the long-established older forces. Everyone who reproduces that which drives him to creation with directness and authenticity belongs to us." Ernst Ludwig Kirchner

"My real motive for choosing my subjects almost exclusively from the life of the workers was that only such subjects gave me in a simple and unqualified way what I felt to be beautiful..." Käthe Kollwitz

"Art is nothing but the expression of our dream; the more we surrender to it the closer we get to the inner truth of things, our dream-life, the true life that scorns questions and does not see them." Franz Marc

"True dreams and visions should be as visible to the artist as the phenomena of the objective." Oskar Kokoschka

Expressionism in Germany and France: From Van Gogh to Kandinsky by Timothy Benson

Affiliate disclosure: There may be affiliate links to recommended products in this post. If you purchase through any affiliate links I will receive a small commission at no additional cost to you. These funds are used to help grow this website and spread art education to people around the world. Thanks!