Josh Clare is a remarkable landscape painter who impressed me with his controlled, yet painterly brushwork and his peaceful depictions of the landscape. I reached out to him with some questions about his life and work as an artist. The questions and his answers are below, along with some of his beautiful paintings: 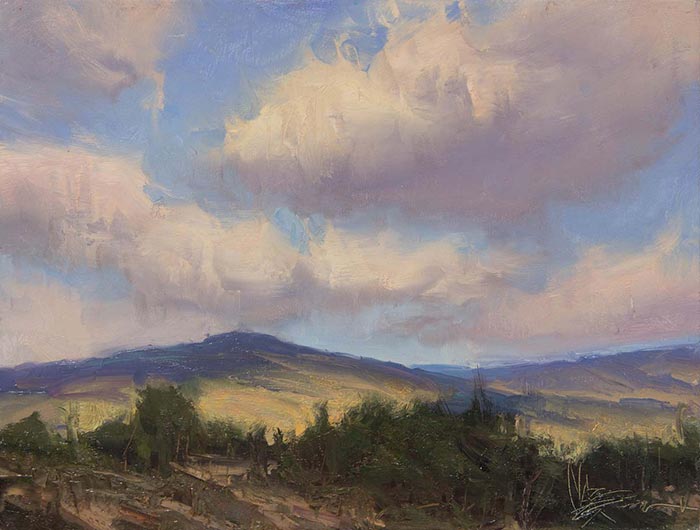 Q: How would you best describe your style and work?

Truthism. At least that’s what I’m aiming for. Realism is too broad an umbrella, including work that is far from truthful because (oddly) it’s filled with too much information. The label ‘Impressionism’ comes close—but it is too broad as well, encompassing work that is simply loose for looseness sake and that doesn’t even approach accuracy or truth. So my style is truthism: a constant striving for the beauty and truth I find in nature. 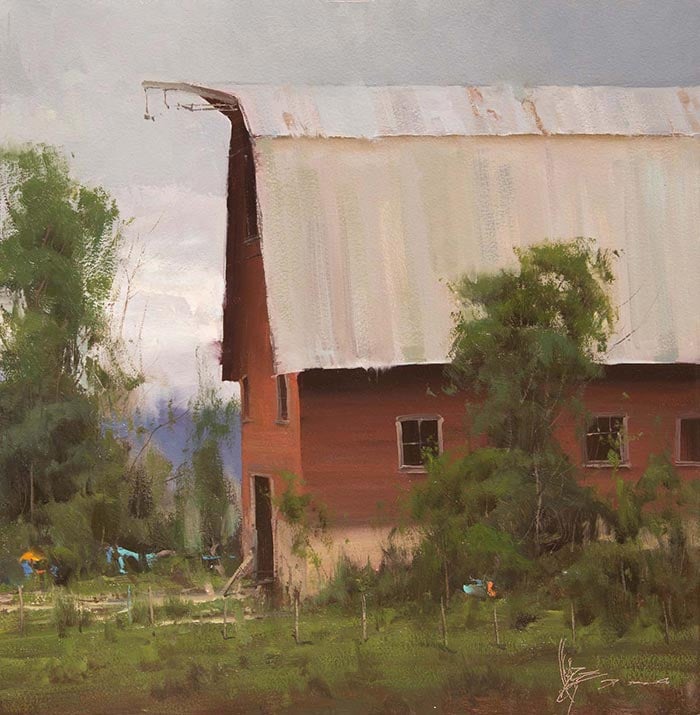 Q: Which deceased artists are you inspired by?

Oh boy. So many. Sargent and Sorolla simultaneously depress and inspire me. And because they’re so often mentioned together, it’s worth noting here that Zorn leaves me cold. Technically he’s astounding, it’s not his mastery of the medium that I object to but the way his paintings make me feel. I don’t like the guy. Super harsh and super judgmental considering I know next to nothing about his life, but I’ve spent time in front of his paintings (the actual works—not just pictures) and there’s no light in them. That’s one of the most miraculous things about paintings: who we are as humans, our desires and our motives, and our thoughts get bound up in the pigment and sticks. Paintings tell more about the man who made them than any biography ever could.

The Russians are my heroes. I love the way their work feels—especially the itinerants: Abram Arkhipov, Valentin Serov, Illya Repin, Issac Levitan, Kramskoy, Shishkin, Polenov and the rest. Their work speaks to me more profoundly than any work I’ve ever seen. They were masters of their craft and they painted right from the heart—their art is deeply felt and fearlessly and passionately executed. Just ridiculously tasty stuff. I want to be like them when I grow up.

One of the most poetic painters I’ve ever encountered is Emil Carlsen. Holy smokes that guys stuff rocks my world! I still can’t believe how right it feels. I think Sorolla, Harvey Dunn, and Emil Carlsen would stand at the forefront of the ‘truthism’ movement, were such a thing. 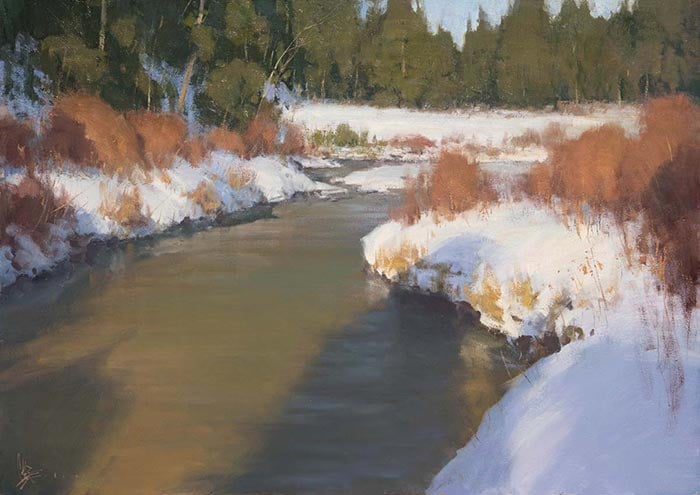 Q: Which living artists are you inspired by? 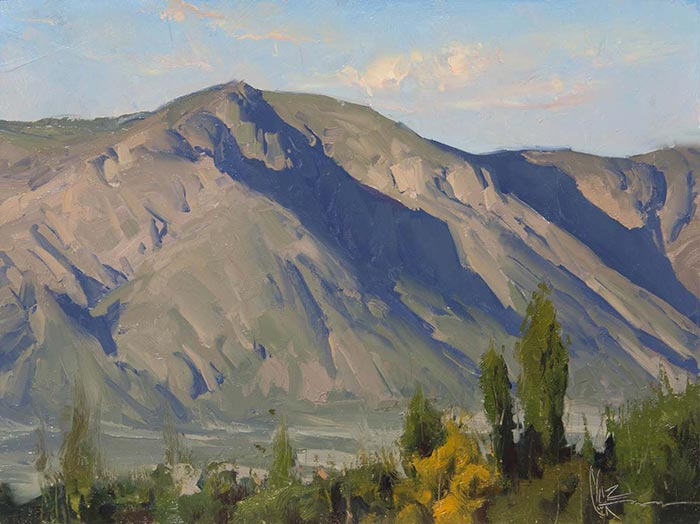 Q: It looks like you paint mostly in oils. Do you enjoy using any other mediums?

I’ve recently started experimenting with acrylic, but no, not really. I decided right from the start that I would focus on mastering oil, and if I ever figure oil out I’ll move on. I’m still trying to figure it out. 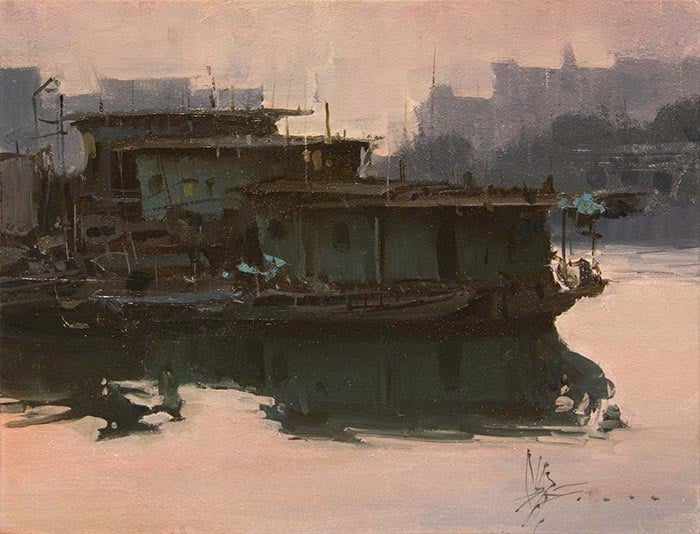 Q: What subjects inspire you most?

Anything that God has created inspires me—endlessly—and anything he shines his light on. So pretty much everything inspires me. The trick is to experience it without a filter, without a camera or a phone, so that nothing stands between me and the thing I’m painting, I’m inspired. 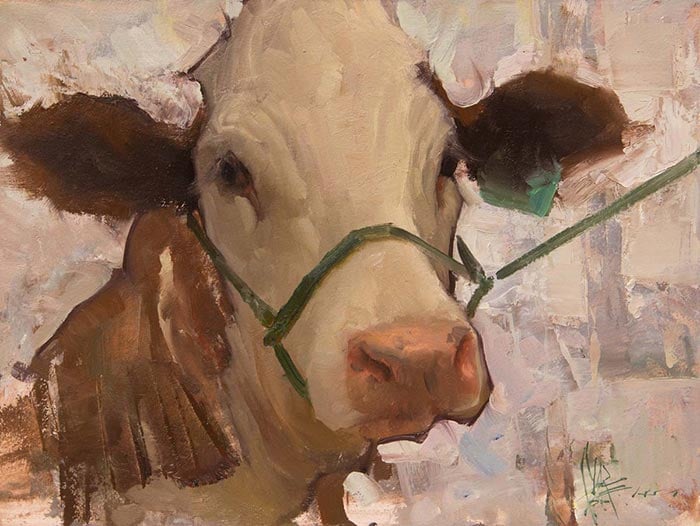 Q: I see you studied art at BYU-Idaho. Did you enjoy your studies? Was it challenging? How did you find the transition from studying art to making it as a full-time artist?

I was blessed to study at BYU-Idaho! Absolutely amazing instructors who taught me everything I know about painting. I worked my tail off—which is why it was such a great experience. After I graduated I taught there for three years, introduction to oil and drawing and design classes.

It was the perfect transition into full-time fine art. Art school stretched me and helped me to grow, but it was nothing compared to the growth that can happen when you’re required to teach others how to draw and paint. I got into a gallery in Jackson Hole a week after I graduated and was selling and producing work in addition to teaching part-time. We just waited until gallery sales looked like they’d be enough for squeak by on before making the jump into full-time fine art. 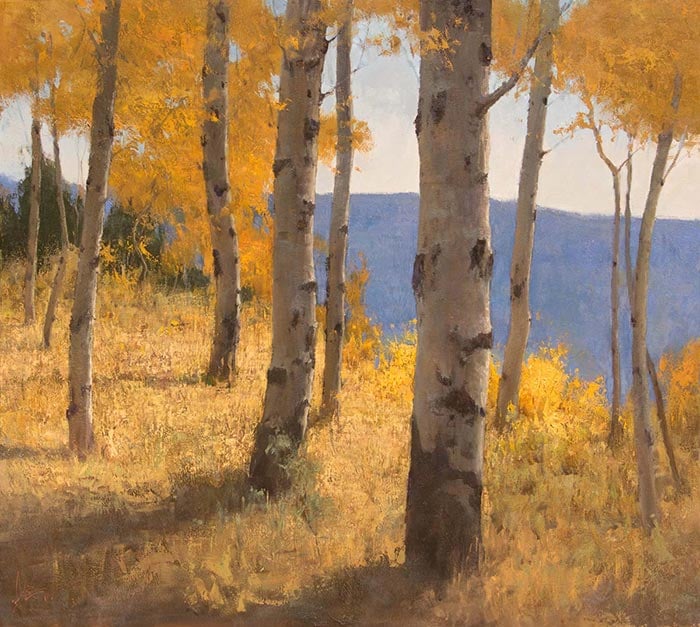 Q: What have been your biggest challenges in working as a fine artist?

I have an experimentation disease. I’ve limited myself to oil—thank heavens—but there is so much to explore within the broad confines of ‘oil painting’ and I’ve explored a whole lot of it. I’m constantly trying a new surface, a new gesso, a new brand of paint, a new medium. I’ve learned a lot from experimenting and maybe someday I’ll be grateful for my affliction—but it’s something I’ve really struggled with. 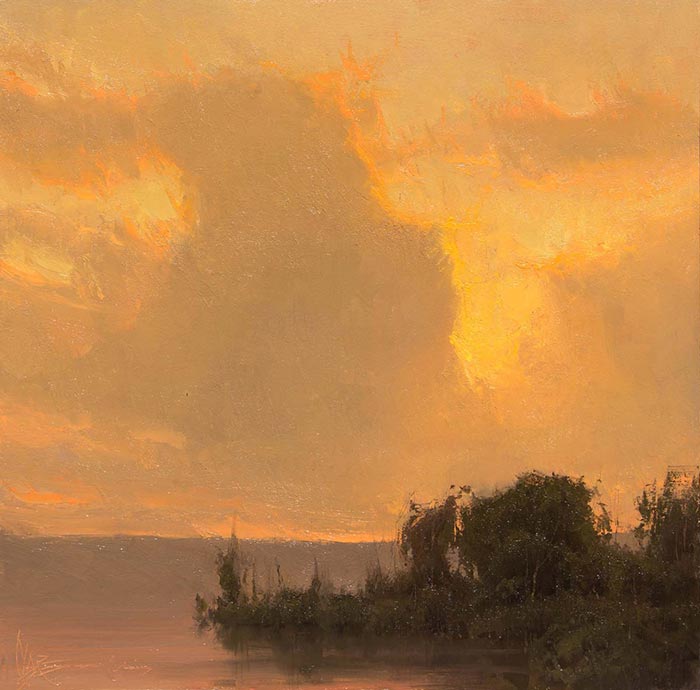 Q: Do you have any advice for those who want to learn fine art?

Yes. Paint your guts out, joyfully, and paint from life. 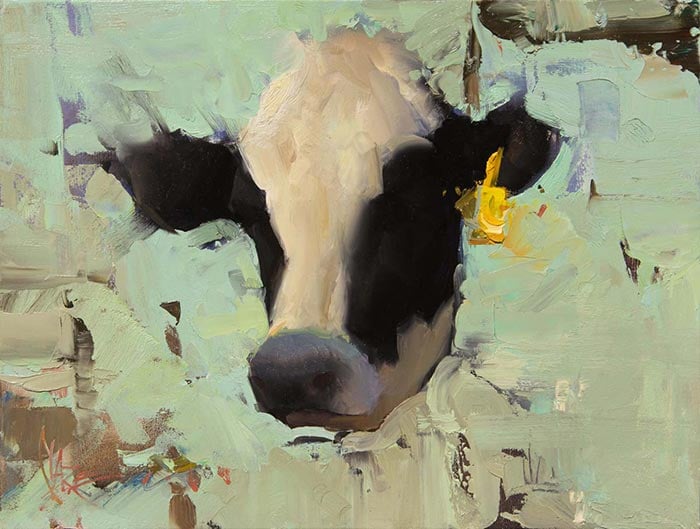 Where can we find your work?

I would like to thank Josh for taking the time to write such thoughtful and helpful answers. It is always great to have insight into the life of a working artist.