Contrapposto is Italian for “opposite” or “counter". In art, it refers to the natural standing position of the human body, with weight leaning on one leg and a shift in the body to counter this. Michelangelo's David is a perfect example of this. Putting the weight on one leg forces David's hips, spine and shoulders to tilt in order to retain balance. 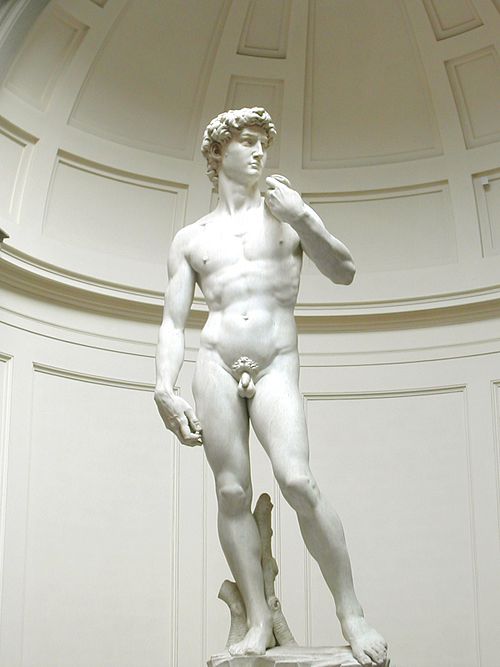 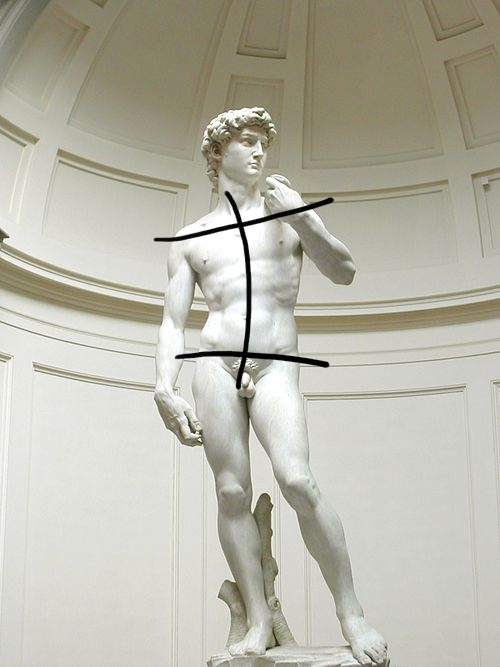 Below is an early statue without contrapposto. The figure has one foot in front of the other, suggesting movement. But his shoulders and hips are in alignment, which makes this a rigid and unnatural pose. I think you will find if you try to walk like this, people may give you some odd looks... 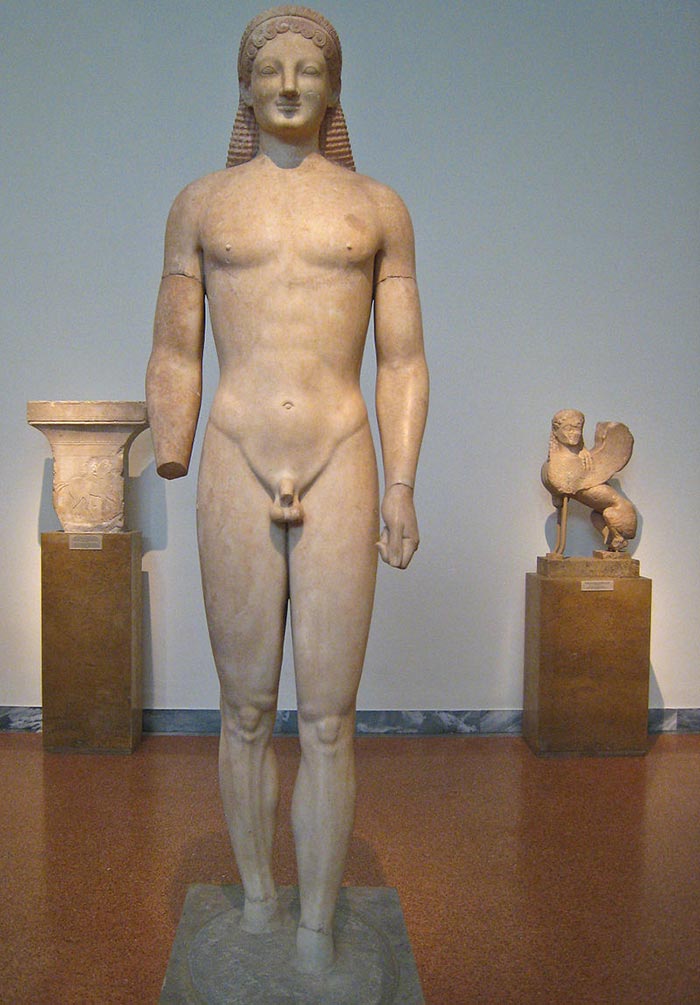 Other Examples of Contrapposto

Contrapposto is usually commonly referred to in relation to sculpture, but you can also use it in other forms of art like painting, drawing or engraving to make figures appear natural and alive. Here are some examples.

In this etching by Albrecht Dürer, Adam and Eve both lean towards each other in a relaxed state of contrapposto. 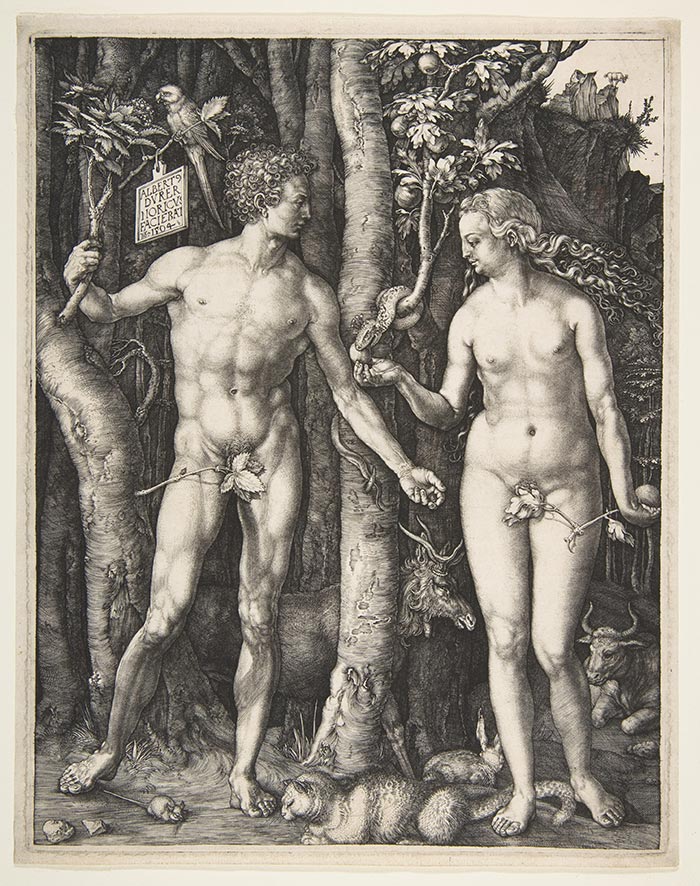 Contrapposto can also be used to suggest a serene state of mind. In the painting below, Leda’s body takes a relaxed contrapposto pose as she embraces the swan and looks down pleasantly at her children. The soft sfumato shading in the background enhances the peaceful feeling. 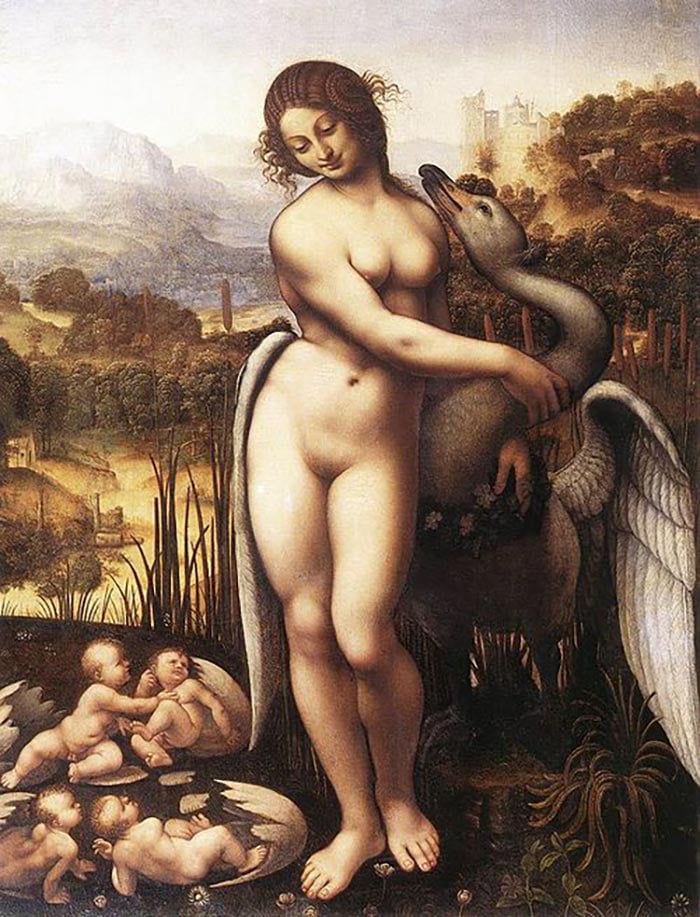 This is a great example by Peter Paul Rubens, with three figures in contrapposto poses. The figure in the center shows the dramatic curve in the spine as she leans mostly on one leg. Also, notice how the skin pinches on one side and stretches on the other. 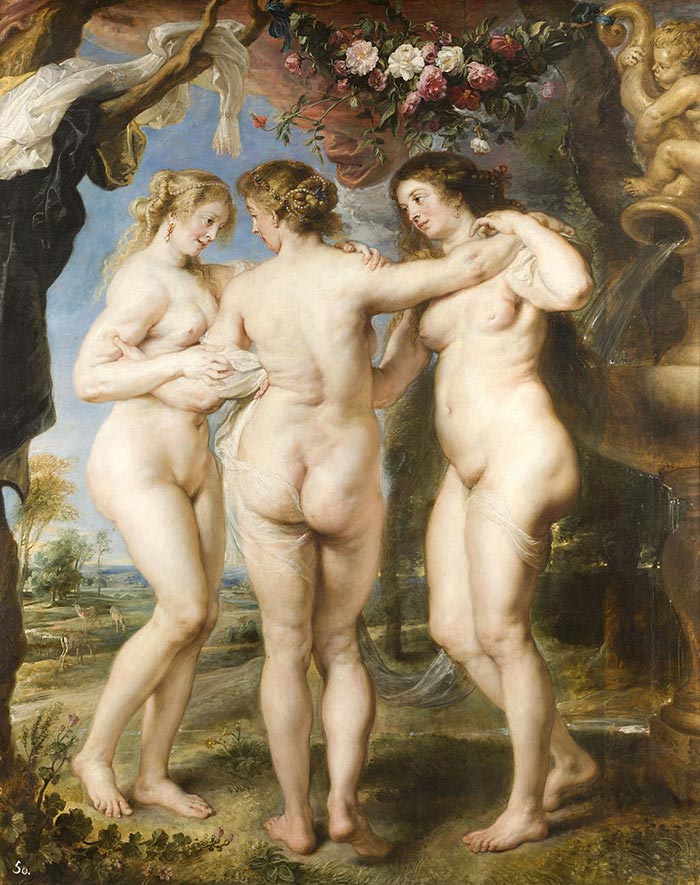 In John Singer Sargent's sketch, the figure's hands grab behind his head, creating tension in the upper body (different to the more relaxed poses shown in the other examples). This tension seems to relax below his upper torso, as he leans into the pose and balances most of his weight on one leg. Notice the tilt in his shoulders and hip. 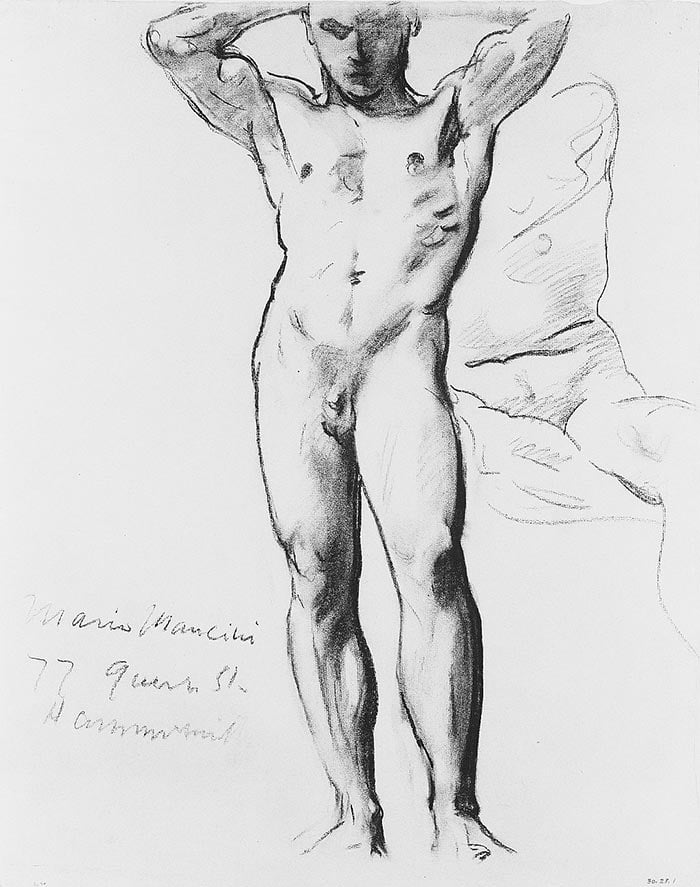 Here is a portrait by Sargent which captures a more relaxed pose in contrapposto. Whilst this may not be the best example because the figure's legs are covered by the black dress, you can still see the tilt in her hip and shoulders. Also, observe the lack of tension around the subject's upper body compared to Sargent's sketch above. Soft colors and a lack of contrast are used to paint this relaxed pose. 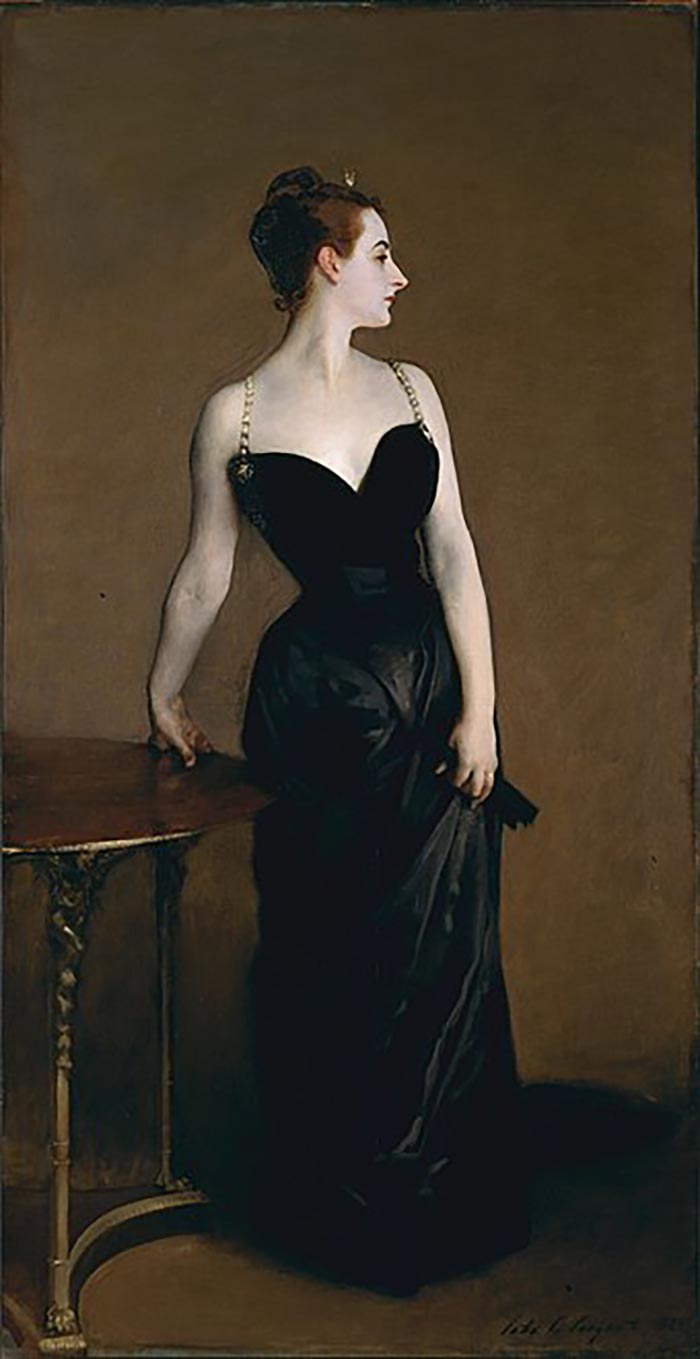